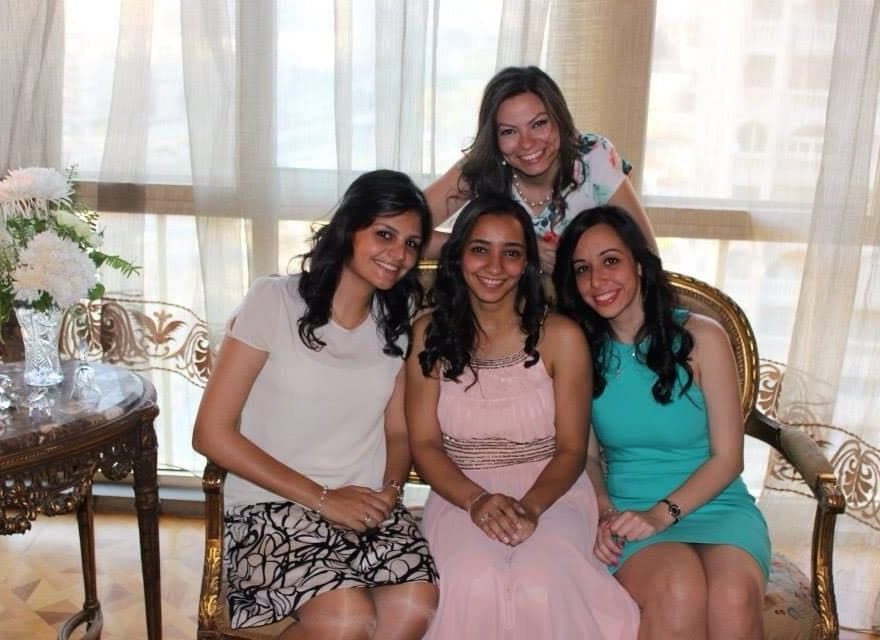 Honestly, I knew she would reach it at some point.. Not necessarily this year or the next.. But for sure in the upcoming near years.

The world Open in Cairo was disappointing for all of us.. She was this close to winning the game.. I honestly believed it was just bad luck. Luck chose not to play on Raneem’s side that day. Squash is about fitness, concentration, hard work and intelligence. But when two excellent players meet on court luck often sides Nevertheless, I knew Raneem would make it one day.

Raneem missed Hong Kong’s open in August 2014 just to attend my wedding. Knowing that she chose the wedding over this special tournament made me feel bad. I tried to make her re-consider, knowing how important this tournament is for her squash career and her world ranking. Now, I’m truly thankful and grateful for making her miss the Hong Kong open..

If only I knew what most of you don’t know: Raneem is this one friend anyone would wish for. Whenever she’s needed, she’s the first to be there.. She’s is the true definition of a best friend.. A friend who would sacrifice her time, comfort and her own self for others.. Thank you Raneem for defining selfless, always putting others before yourself. You are an idol and a role model for thousands of young women across the world and Egypt, and I’m so proud to have you as my lifetime best friend … love you Rinø

I knew that this moment is coming soon..

We’ve been waiting for it as she worked hard to get there.. She deserves it with no doubts.. Being on top wasn’t that far from her.

Missing the chance in the world open in Cairo last time only delayed it but we all believed that she will make it happen taking revenge which exactly happened.. She grabbed the title in Alexandria among her family, friends and fans who fully supported her. She always have been and always will be our champion and she never failed to make us all proud..

Our star is stubborn and always eager to achieve her goal and pursuing her dream, she’s down to earth and lovable, she’s funny to be around in addition to being the best friend anyone could ask for. She deserves to be World Number One and we’re all very happy and proud of her.

I have known Raneem for about 10 years now and I never doubt that she would reach the number 1 spot some day. It was more of a when than an if.

Raneem is a very dedicated person and when she puts her mind to something, she gets it done. That in addition to her immense talent were a guaranteed formula.

Losing the match in Cairo was particularly hard and emotional especially with it being on homeland. She was very, very close to making history again. But like mentioned, it was a minor setback and knowing Raneem, I had no doubt that she would bounce back up and push harder.

Well, as many people know, Raneem’s an amazing person on and off court. Her sportsmanship, integrity and talent make her a fair/excellent opponent to play. And off court she is one of the most pure-hearted people you could ever meet.

She always bends over backwards to help out or just be there for support. I have known her since back when I had to collect all her assignments when she was off on a tournament when we were still in school. I remember the teachers always asking me “Where is she off to now?” and “Which round has she reached this time?” and even back then I could always tell that they were just as proud of her as we were.

I could not be more proud of her for having finally achieved such an accomplishment and I’m glad to have been part of this journey with her, to have seen her grow as an athlete and a person and to have seen her climb up the ranking.

Here’s to maintaining that number one spot and to many, many more achievements yet to come!! 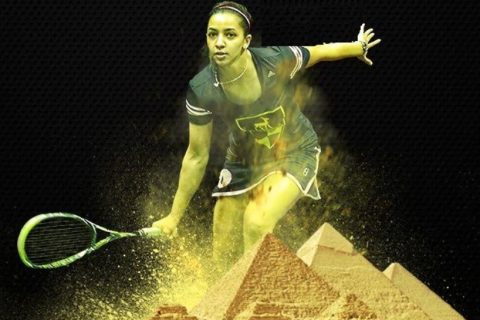 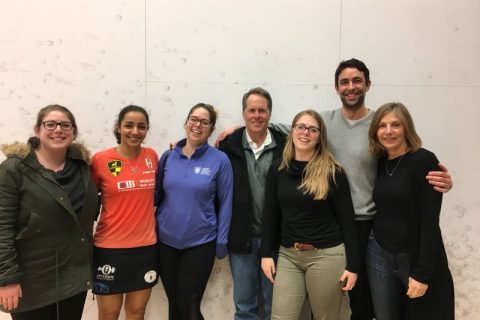 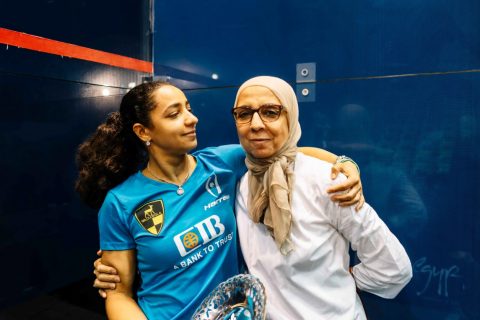 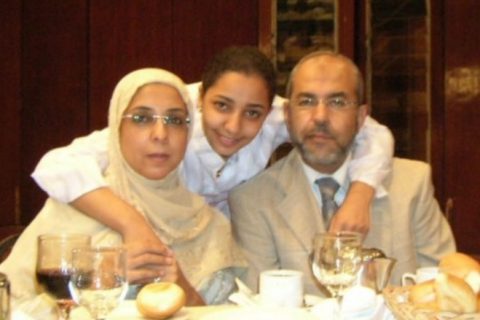