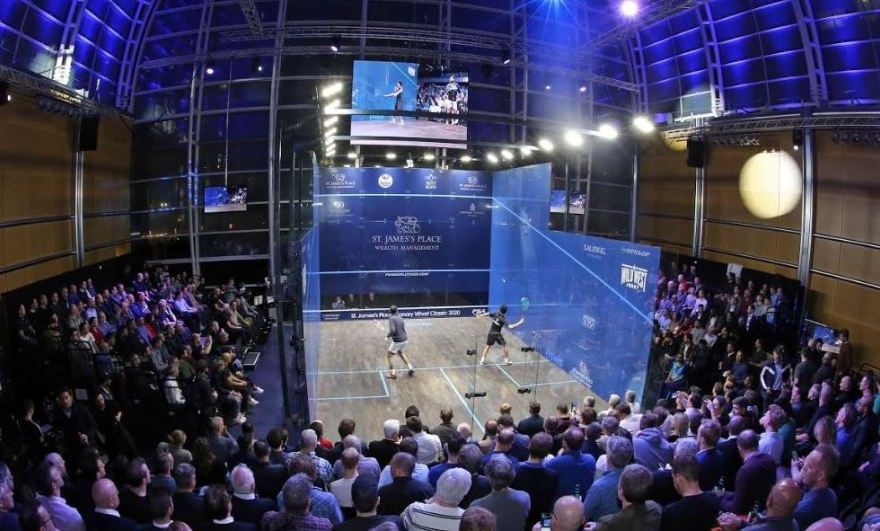 Once again, the Canary Wharf Classic will use a best-of-three games scoring format up to and including the quarter-finals, before reverting to best-of-five scoring for the semi-finals and final.

World No.1 CIB Farag aiming to break title duck as Canary Wharf Classic draw is revealed
World No.1 Ali Farag will be the favourite to capture his first Canary Wharf Classic title after the draw for the PSA World Tour Gold tournament - taking place 14th to 19th November in London’s spectacular East Wintergarden - was released today.

Ali was a beaten finalist last year and the 29-year-old will look to take a step further to capture one of the sport’s few prizes that has eluded him.

Farag, who has won the World Championship, Egyptian Open and Oracle NetSuite Open this year, is predicted to meet mercurial compatriot Mazen Hesham in round two and will need to be on his toes if he is to beat one of squash’s most creative players.

The winner of that match is seeded to play former World No.1 CIB Karim Abdel Gawad in the quarter finals, while U.S. Open champion Mostafa Asal or No.3 seed CIB Tarek Momen could be semi-final opponents.

In the other half of the draw, New Zealand’s World No.3 Paul Coll is projected to make a strong bid to recapture the title he won in 2019.