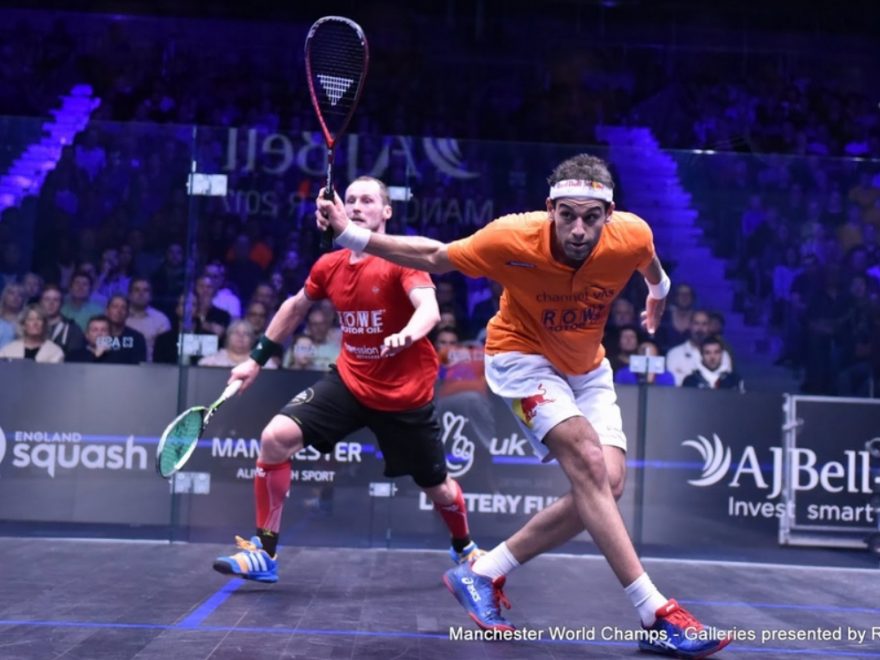 When it comes to the other rival who helped mould Mohamed ElShorbagy into the teak-tough competitor who has been the game’s dominant factor for most of the last decade, the Gallic genius of Gregory Gaultier is accorded revered status. RJ Mitchell talks to Mohamed…. 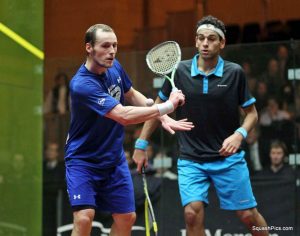 “Greg was like a monster on court. He was the shortest out of all of us but somehow, he made his presence on court one of the biggest and that was one of his great attributes on court. He just made himself so there, he played at such a pace and volleyed so much, and he took your time away.

“When I was 19 or 20, the first time I had a chance to beat Greg was in Mexico and definitely that day, Greg got me because of experience, I got too excited I was beating him for the first time but at 22 it was more about who was the best on the day. In these matches it didn’t matter who had trained the hardest because we all put the work in, it just came down to whose day it was.”

“The first time I beat Greg was after he beat me for the first nine matches in which we played! So, it took me a long time to figure out how to beat Greg. 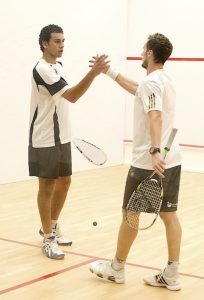 “I remember in that period of time that Nick, Greg, and I were contending for the major titles, maybe six years back, well Greg was always looking the best as he took out the lower seeds the most efficiently of us all. That meant that Greg would always get to the later stages, be it the semis or finals, the freshest.

So, most times I met Greg I knew there would be a time in the match when I am going to go through hell physically as he would push me that hard but that if I could get through that period then I know I could get that win at the end.

“But there would be a time, say in mid-match where he would put a big push on, he would move so high up the tee, play at such a fast tempo, taking the ball so early, it would be so hard to just win a point at that time.

“But I always knew that if I could just stay with him for that period of maybe 30 minutes or so, then I can get the next 20 minutes and be on top but to go through that first period, well there were plenty of times I just couldn’t keep up.

“The bottom line is that it took me a long time to find the solution with Greg and yes, his pace was the highest I ever came across.” 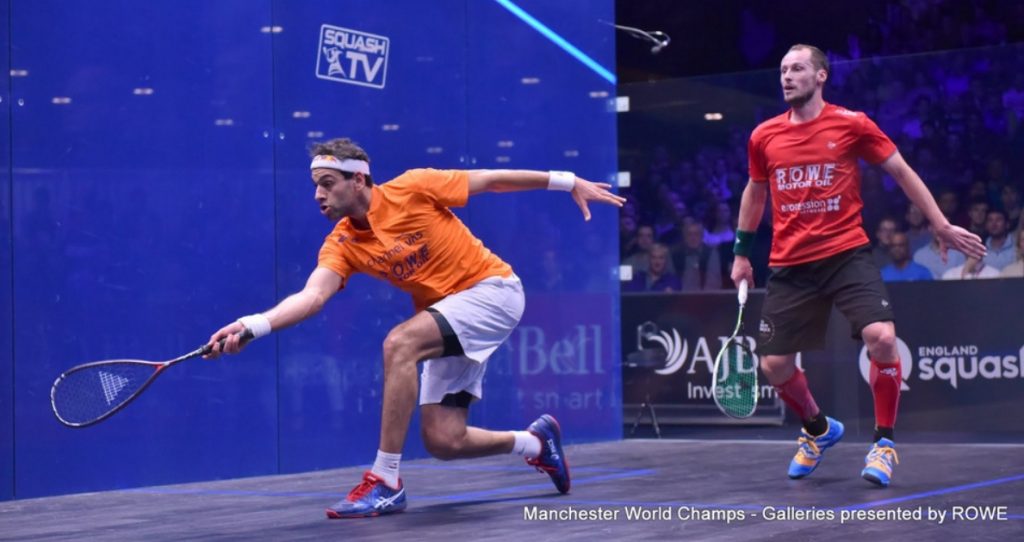