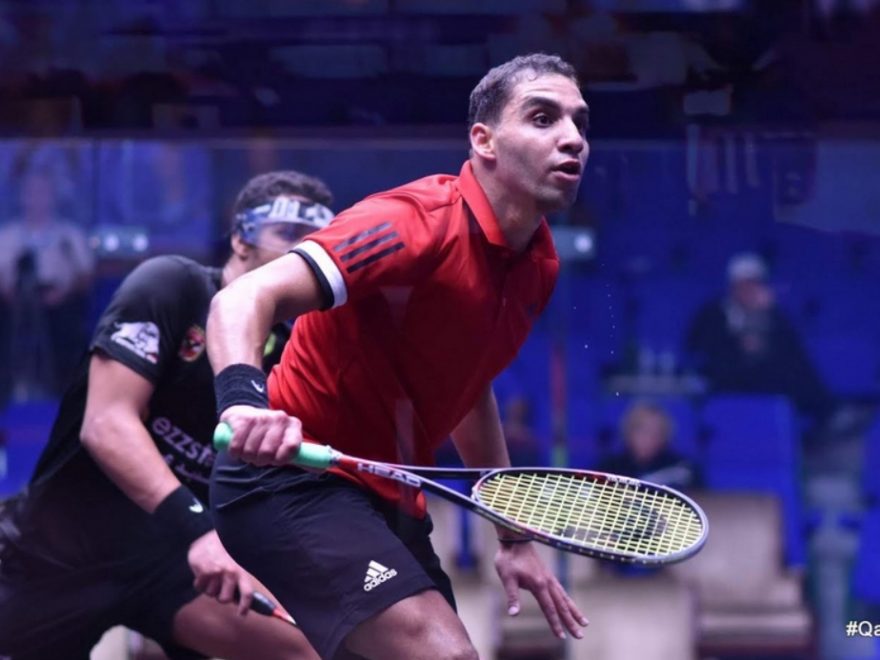 No.17 Zahed Salem still believes he can go higher when the tour is able to resume.

The 27-year-old started the season at his highest ranking to date of World No.14, and “The Boxer” believes he has the attributes to break into a highly competitive top eight in the world. 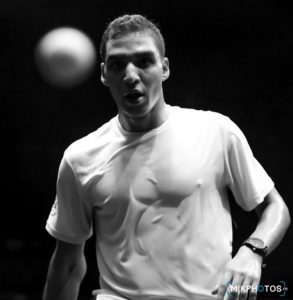 “I worked very hard to reach that position,” said Salem.

“Therefore, I think I deserve that ranking. Nevertheless, everyone has a goal which they work hard to achieve and that was one of my goals, breaking the top 15. Therefore, I am really proud of what I achieved but I am working hard to reach my next goal.

“I believe I can break the top eight. Together, my coach, Mohamed Reda and I are putting a lot of work and hours into my training to be able to reach my next goal. I did not start the new year well, but sometimes the results do not explain what you have been really working on. Therefore, what I can do is, to accept and deal with the situation and give it my best to fight for my target.

“I was looking forward to work and break the top 10. I did start the first half of the season solidly and well but I couldn’t improve my ranking as I still had to save a lot of points and I knew that I would have to beat the best in the world but then it did not go my way in the second half of the season.” 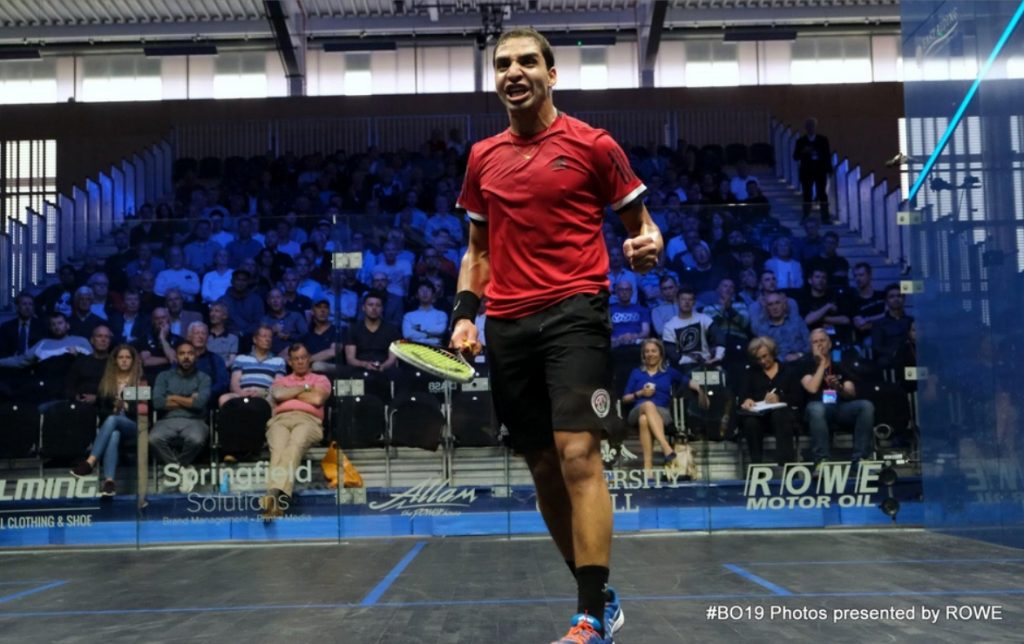 A strong start to the season saw Salem achieve some of his best results, with a semi-final finish at the Open de France – Nantes to open the season, losing to eventual winner New Zealand’s Paul Coll. However, the Egyptian admitted the build-up to one of his favourite tournaments was anything but smooth. 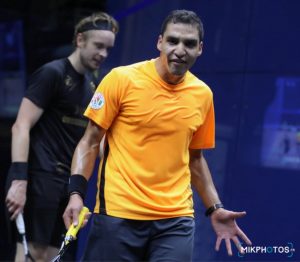 “Nantes is one of my favourite tournaments on tour. But this season, Nantes has been the most nerve-wracking events I have had so far and truly hope I or anyone else does not have to experience this again,” said the Egyptian.

“The story was that I had some issues with my Schengen-Visa and I was about to be forced to withdraw from the event. Already two weeks before the event I got the news that I was refused for the Visa from the French Embassy. Therefore, it was two very hectic and sleepless weeks.

“I changed my flight to gain two more days of Visa work, to arrive on the first round of the tournament. A couple of hours before this flight to France, I received the message that I had been granted the Visa. So, I had to pack very quickly and get to the airport to be able to compete in Nantes.

I surely was the last person to arrive at the tournament, but I am truly very grateful to have made it in time and that after all this work, I was able to play well and beat former World No.1, James Willstrop. Therefore, I am happy with the way I played that week in Nantes.” 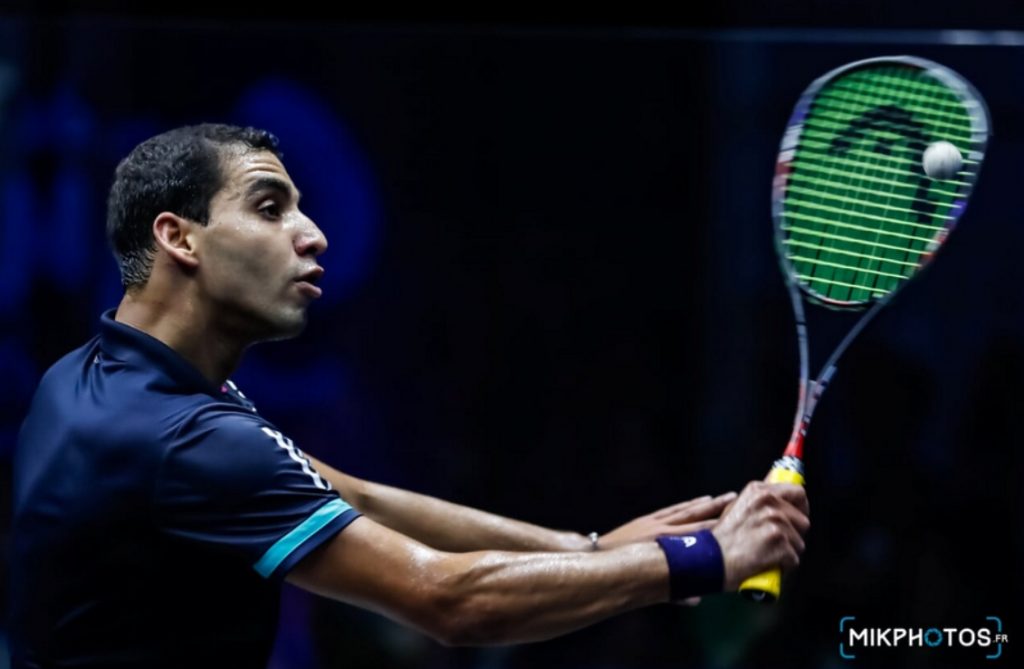 Zahed backed up his good performance in France with a quarter-final finish at the World Champs in Qatar, where he once again fell to World No.5 and eventual runner-up Coll, and the Egyptian admitted it was a special moment for him.

“I was so proud of myself for reaching the quarter finals of the World Championships, it was unbelievable.

“I had a bad loss in Cairo, just two weeks before the World Championships in Qatar and I had a choice of either giving up due to my severe struggles or to work and train hard for the next two weeks. I chose the easy way for me, which was to work hard, as I am used to hard work it felt like the easy and right thing to do, although hard work is never easy.

“I am grateful to have had my team and family supporting me through that time. Additionally, having my girlfriend, Cindy Merlo a Swiss squash player, with me in Qatar was a big plus for me. All this has certainly helped me to push through and beat some of the strongest players on tour, consequently then reaching the quarter finals of the biggest tournament of this great sport.” 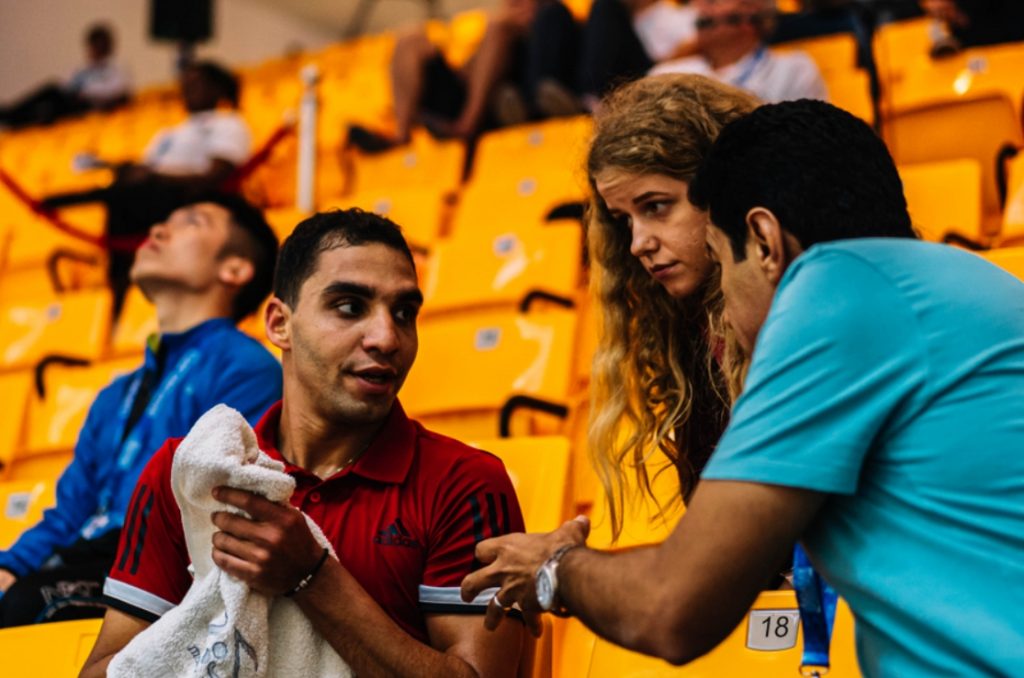 Now, with professional squash on hold as the world recovers from the effects of the COVID-19 pandemic, Zahed has been spending some time in Switzerland with girlfriend and fellow player, Cindy Merlo, as well as perfecting his lemon cake recipe.

“With what is happening in the world and all the tournaments being postponed, all I can do is stay at home and put in the work differently, hoping this tough time will pass and we all get back playing our beloved sport,” he said.

“I was in Switzerland enjoying some quarantine time with my girlfriend. Doing sport as much as I can everyday to keep my body fit and in the best shape. As well as working on things that I’m not used to which helps me to get to know my body more.

“Besides doing my studying, I am now learning how to cook and bake, which is something very new. I can recommend my lemon cake!” 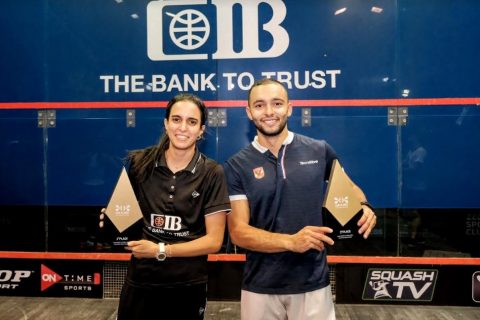 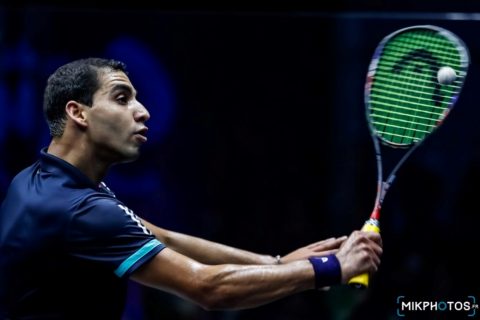