World No.2 Mohamed ElShorbagy has cut the gap between him and World No.1 CIB Ali Farag in the battle for top spot after the former’s triumph at the El Gouna International Squash Open last week.

The 30-year-old is now in prime position to challenge Farag for the spot he has now held for eight months in succession and a fascinating battle for the coveted World No.1 spot looks set to play out at the remaining events left in the 2020-21 season.

Farag, meanwhile, makes it 19 months at World No.1 in total, which sees him draw level with three-time World Champion Nick Matthew in terms of total length at top spot. The pair sit in joint tenth, one place behind current World No.23 Gregory Gaultier.

World Champion CIB Tarek Momen stays at No.3 ahead of New Zealand’s Paul Coll, while CIB Marwan ElShorbagy completes the top five. We find CIB Karim Abdel Gawad and CIB Fares Dessouky at number 6 and 7, while Mazen Hesham drops a spot to No.15. 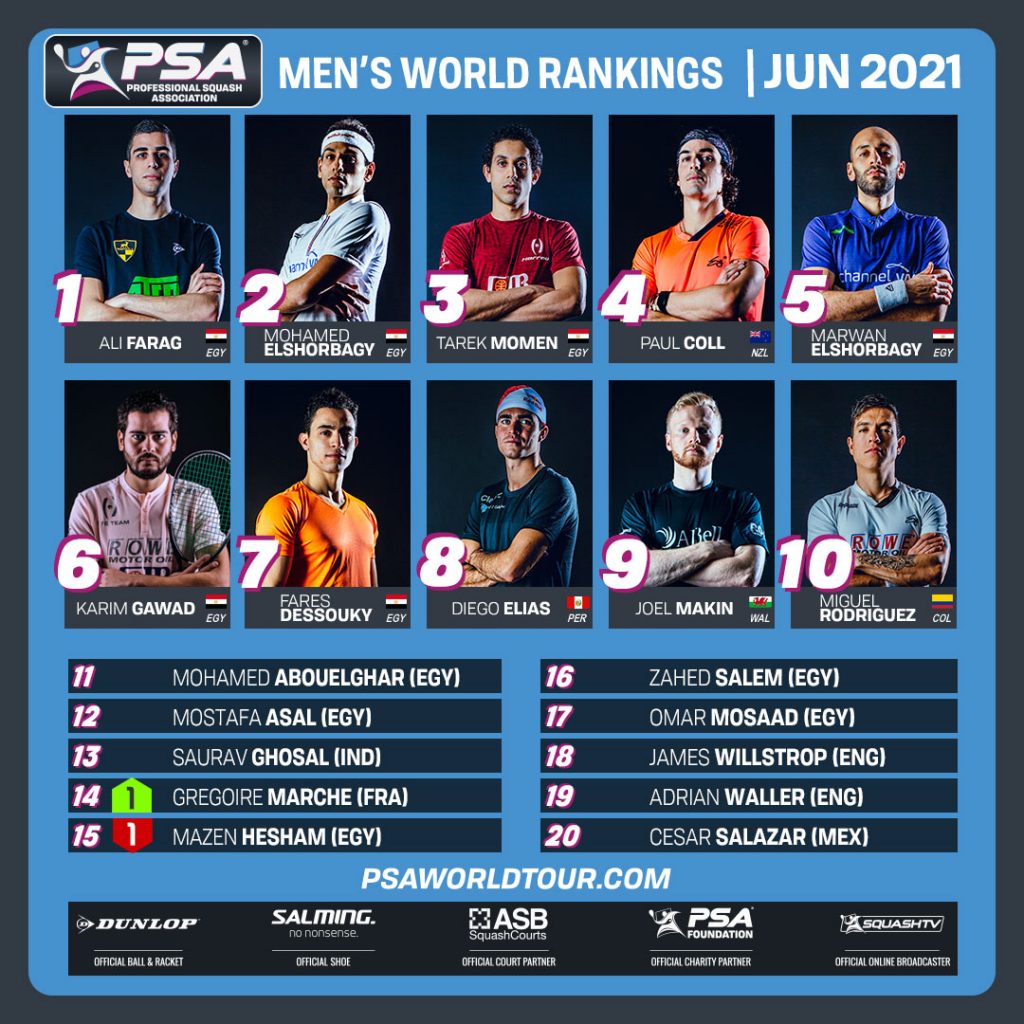 CIB Hania El Hammamy has broken back into the top five. The 20-year-old made it to the semi-finals of El Gouna where she was felled by eventual winner Nour El Sherbini in a nail-biting five-game thriller. It is a joint career-high ranking for El Hammamy who had spent April and May outside of the top five.

Meanwhile, Nour El Sherbini has recorded her eighth consecutive month at World No.1 after collecting the El Gouna title and she sits ahead of runner-up CIB Nouran Gohar and World No.3 CIB Nour El Tayeb.

CIB Salma Hany is at number 9, while Rowan Elaraby raises to a career best ranking of No12. 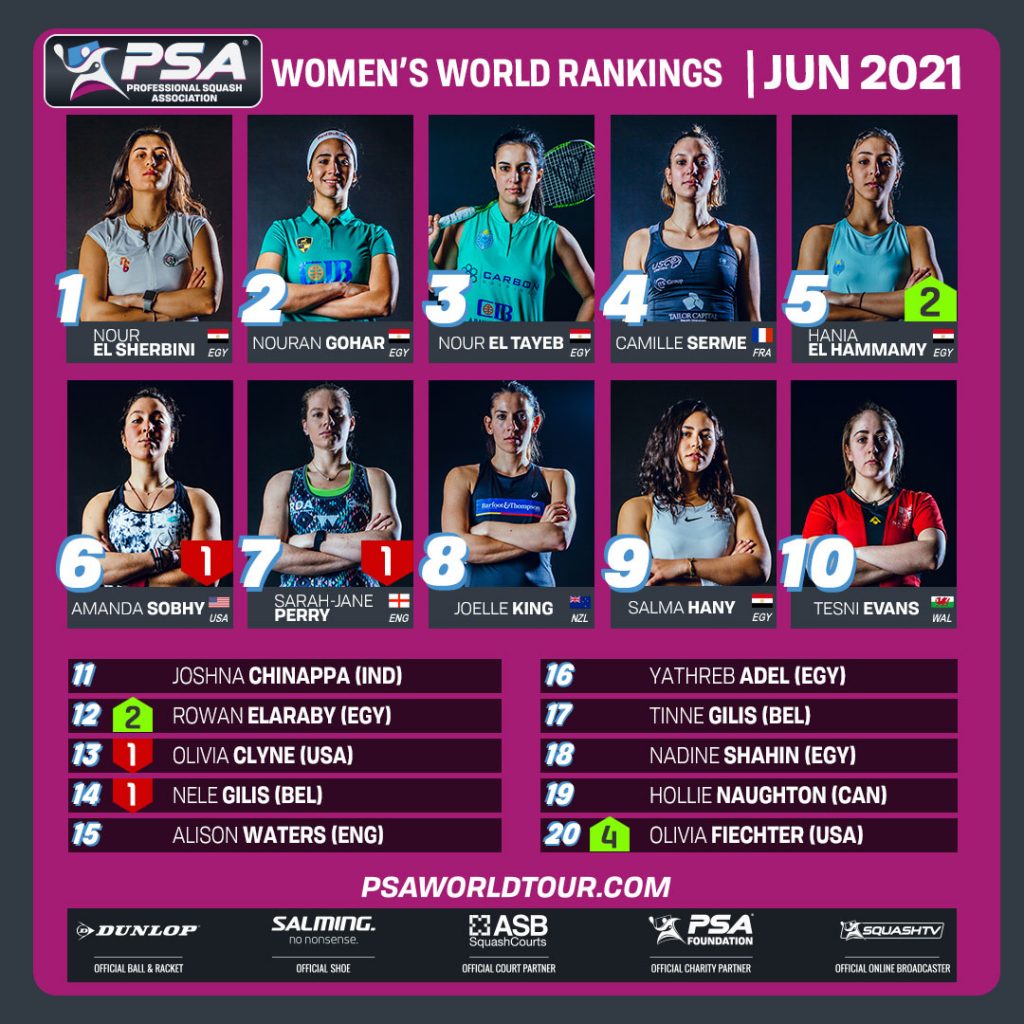