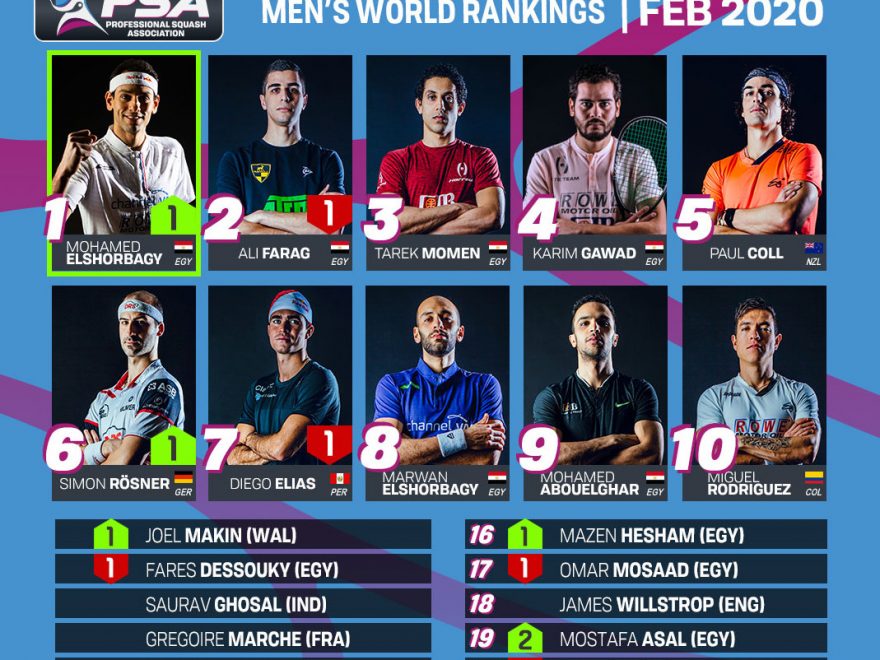 Mohamed ElShorbagy has claimed top spot on the PSA Men’s World Rankings for the fourth time after he overtook compatriot CIB Spiderman Ali Farag today to return to World No.1.

Mohamed relinquished the World No.1 ranking to Farag when he lost to him in the final of last year’s J.P. Morgan Tournament of Champions. However, the 29-year-old returned to the scene of that defeat last month and made amends with victory over World Champion CIB Momentator Tarek Momen in New York.

ElShorbagy is the fifth longest-serving male World No.1 of all time, with his 41 months atop the rankings only bettered by Jansher Khan, Jahangir Khan, Peter Nicol and Geoff Hunt. 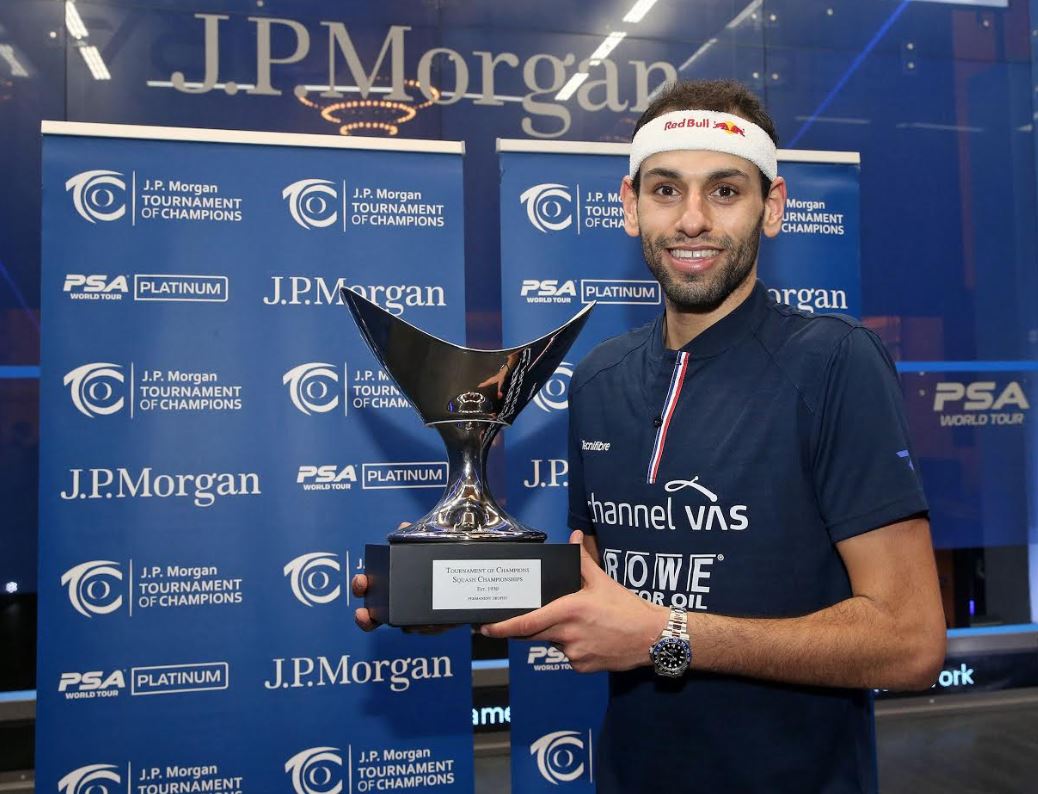 “It means a lot getting back there again at the top,” said ElShorbagy.

“I have worked really hard in the off season for this moment to happen again in my career, and to experience it another time feels amazing. I have just stayed hungry and motivated and I’m always working on my game. Six years ago my game was so different than now and each year I have been making some changes to my game and trying to stay healthy and fit to keep that kind of consistency.

“The aim is always to be the best player in the world. Every player at the top tries to reach that target, so I am aware of the players behind me working very hard to try and achieve that, which makes it interesting and challenging at the top. But I have my goals and I want to try and keep this consistency going, which is always challenging.”

Farag drops down to No.2 for the first time since February 2019, while the rest of the top four – featuring Tarek Momen, former World No.1 and CIB BFA Karim Abdel Gawad is unchanged.

CIB Controller Marwan ElShorbagy is now No.8 and CIB The Bullet Mohamed Abouelghar No.9, Fearless Fares Dessouky is dropping down to No.12. while Zahed Salem retains his No.15 ranking. Mazen Hesham rises a place to No.16 – his highest ranking since January 2016 – as fellow Egyptian Omar Mosaad falls to No.17. Raging Bul Mostafa Asal rises two places to reach a career-high ranking of No.19. 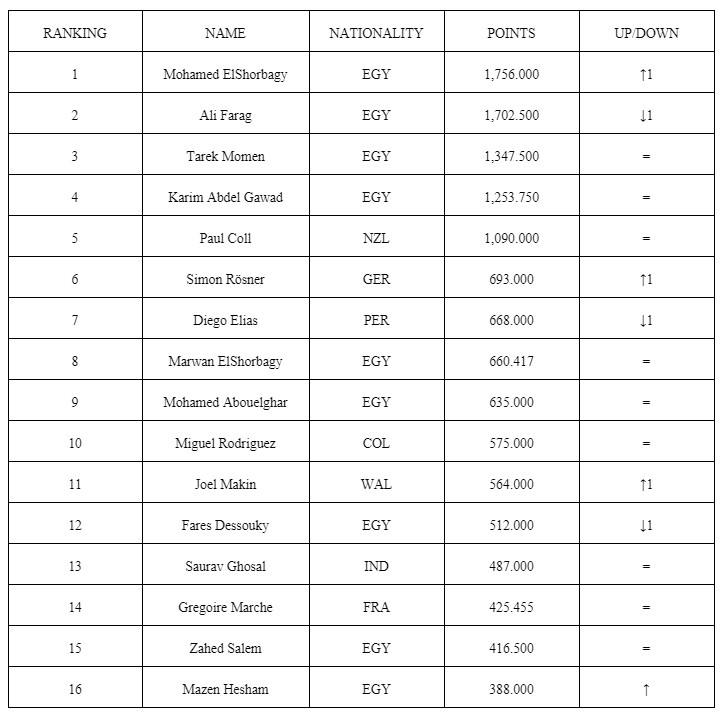 CIB Nouran Gohar avenged her defeat in TOC against Camille – now WR3 –  a week later when she overcame her before downing CIB Catwoman Nour El Tayeb to win the Carol Weymuller Open. As a result, Gohar rises to World No.2, with Warrior Princess Nour El Sherbini and El Tayeb dropping to No.4 and No.5, respectively.

CIB Hania El Hammamy stays at number 10 while CIB Salma Hany rises a spot to No.13. Yathreb Adel (No.16), retains her spot, while Nadine Shahin moves up a place to No.19. Two-time World Junior Champion Rowan Elaraby moves up a spot to reach a joint career-high ranking of No.20.

The biggest risers in the women’s rankings are 15-year-old Englishwoman Torrie Malik and Egypt’s Salma El Alfy, who both move up 26 places to No.139 and No.193, respectively. 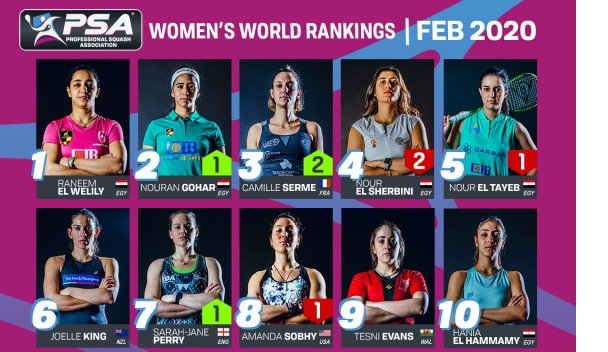