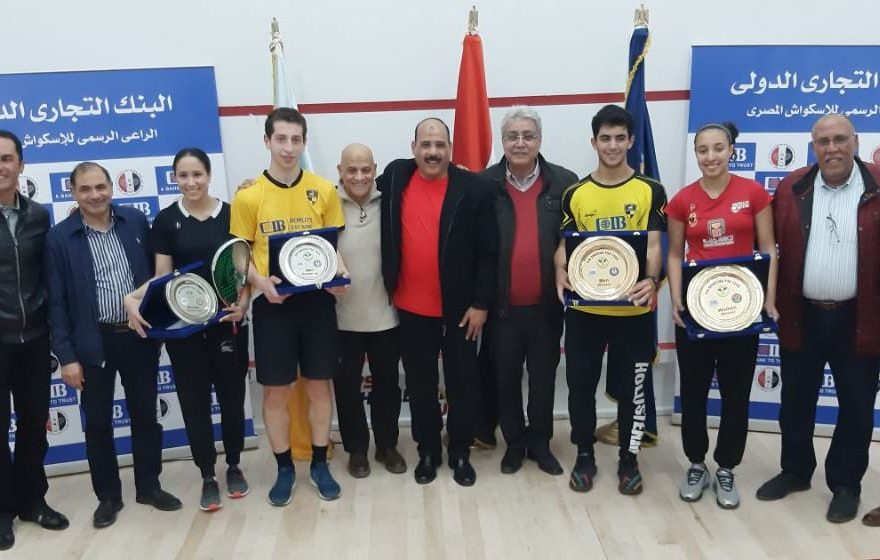 As for the men’s, [1] Yahya Elnawasany is through to the final comfortable 3/0 against Ziad Ibrahim who stops his remarkable run in the semis. Yahya will face [7] Abdallah Elmasry who confirms his good form today against Khaled Labib after taking top 2 seed Altamimi yesterday in the quarters.

Quarters – Who will stop Ziad Ibrahim?

The Wild Card Ziad Ibrahim truly deserved that invitational spot for sure! The 18 years old from Cairo plays his first ever PSA, and boy is he making his mark. He is now in the semis after beating 9/16 Seif Shenawy in round one, [3] Shady El Sherbiny in the second round and finally Seif Shenawy in the quarters! Ziad now plays top boy Yahya Elnawasany who overcame Hazem Helmy in 4 disputed games.

And what about [7] Abdallah Elmasry who managed to oust the only non Egyptian left in the draw, experienced number 2 seed Ammar Altamimi! He’ll play Khaled Labib who won a tough four setter against Noor Zaman.

As for the women, it all went to seedings, with Jana Shiha who’ll play Haya Ali in the first semis, while Kenzy Ayman will face top 2 Sana Ibrahim.

Upsets still happening in this #4 CIB Tour Leg as the seeds in the Men’s have been under a lot of pressure! [6] Omar El Hadidi bowed to Giant Killer the Wild Card of the event Ziad Ibrahim in three games, then [3] Shady El Sherbiny who was one of the serious contenders of the event lost to Seif Shenawy in four hard fought games. It wasn’t easy promenade for the top seed either, Yahya Elnawasany, four very tough games against Karim Elbarbary.

In the women’s draw, top two Jana Shiha and Sana Ibrahim reached the quarters comfortably, but a few upsets in the rest of the draw, with [7] Rana Ismail (Egy) losing to Habiba El Dafrawy in three and Nardine Garas ousting [6] Shahd Elrefaey in four.

Not a walk in the park for [8] Haya Ali, who managed to clinch the match 11/7 in the 5th against Salma El Alfy. And a long injury break for [4] Nour Aboulmakarin/Menna Walid match, 180m match in the end, and Menna taking the win in 3.

Boys and Girls are split between Sporting Club and Smouha Club, both situated in Alexandria. Four upsets in the men’s and two in the girls… this promises a lot of great battles IsA. 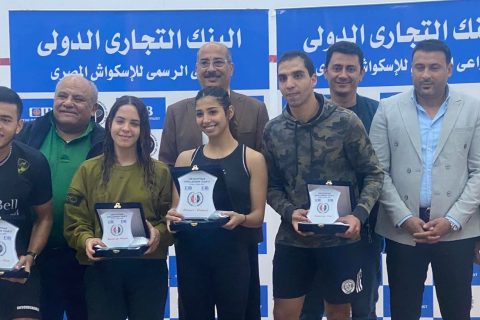