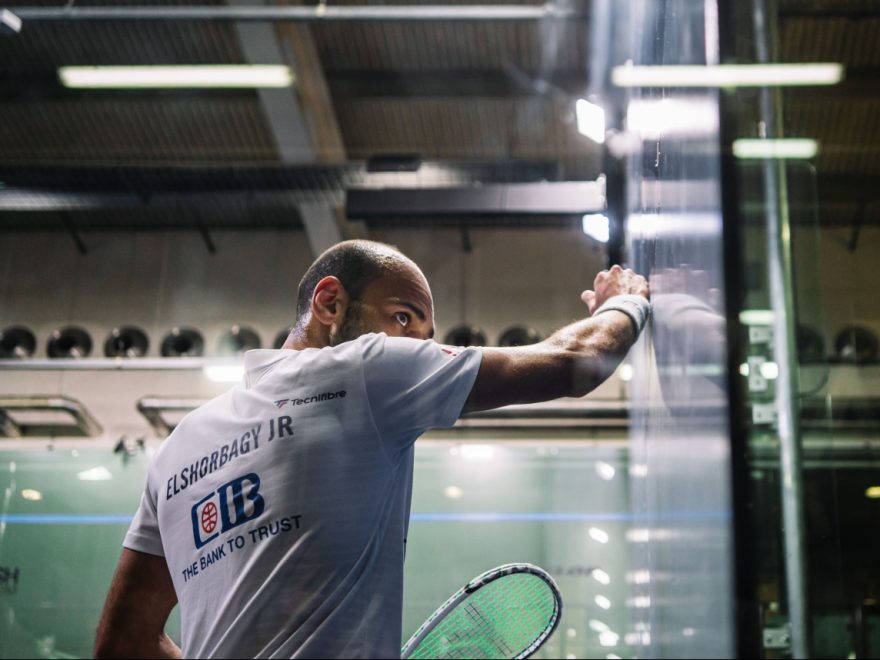 This is the story of the first part of the year, from the Egyptian perspective…

CIB Ali Farag and Nour El Sherbini kicked off the new year as the two leading players in the sport, while thanks to his victory at the Black Ball Sporting Club in December, CIB Fares Dessouky made the move back inside the top ten in the rankings for the first time since November 2017.

Once again, the top end of the rankings remained unchanged for both the men and women.

The first SquashTV event of 2021 took place in March, with the cameras going back to the CIB Black Ball Sporting Club in Cairo, returning just three months after Sarah-Jane Perry and Fares Dessouky had claimed the crowns at the Gold level event in December.

In March, the tournament was a Platinum level major, and it was double delight for Egypt. World No.1 Nour El Sherbini started off what would be a dominant year for the top two women in the world, while CIB Marwan ElShorbagy secured his second major title, three years after winning in El Gouna.

Elsewhere in the month of March, there were plenty of first-time winners on Tour, including Fayrouz Aboelkheir, who at just 15 years of age, won in her first tournament, claiming victory at the CIB  Egyptian Challenger Tour #1. That event would also see the start of the monumental year for Moustafa El Sirty, as he took the first of a Tour-leading nine titles in 2021.

CIB Marwan ElShorbagy moved back inside the top five.

April saw the first Challenger 20 level tournament of the year, and it was Hana Moataz that claimed the win at the 2nd HCL SRFI Indian Tour – Chennai Leg 1.

Yahya Elnawasany, winner of the CIB Egyptian Challenger Tour #2 respectively, took the first of four victories in 2021. Sana Ibrahim also got her first title of the year, winning on home soil in Egypt.

The PSA World Tour returned to Egypt in the month of May, with the El Gouna International Squash Open, held at the brand new Conference and Culture Centre in the resort town, and it was the top two seeds that secured victory on home soil.

Nour El Sherbini and CIB Nouran Gohar faced off in the first of four finals in 2021, and the ‘Warrior Princess’ secured her second major title of the year, following her victory at the Black Ball Sporting Club two months previously. In the men’s event, Mohamed ElShorbagy took what would be his only win of the year, ad he defeated New Zealand’s Paul Coll in straight games in the final.

CIB Hania El Hammamy moved back inside the top five of the women’s rankings going into May, while CIB Rowan Elaraby and moved up to her highest spots of World No.12. The men’s top ten remained unchanged, but CIB Youssef Ibrahim made moves up to career-high placing.

The CIB PSA World Tour Finals took place in June, with World No.2 CIB Nouran Gohar coming through her group with a perfect 12 points, before then coming out victorious as she got the better of CIB Hania El Hammamy in an high-octane, all-Egyptian final.

The men’s final saw Mostafa Asal claim his first major title, as he came through his group in 1st place, beating CIB Marwan ElShorbagy and CIB Ali Farag to advance. He then went on to defeat CIB Tarek Momen in the semis, before then downing Mohamed ElShorbagy in the final!

There was also more success for the Hong Kong duo of Tsz Fung Yip and Chan Sin Yuk, as the pair took the titles at the Hong Kong Football Club PSA in June.