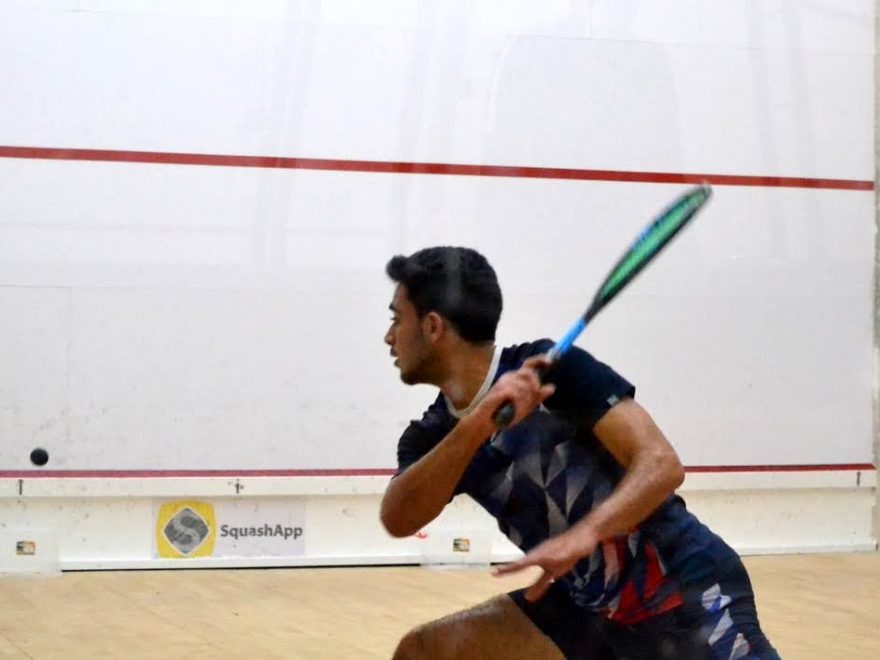 As I couldn’t be onsite today, I’m grateful to Ref Tamer Mamdouh for his notes

We started the day with a controversial match between Moustafa El Sirty and Aly Hussein which ended with a conduct stroke that gave Moustafa the match….

And unfortunately for Aly, the same situation occurred at the end of the third game, 9/8 for Moustafa. A conduct stroke for dissent was given, which gave the match to the top seed, 11/8.

As for the second men’s match, Yassin Elshafei gave a good run for his money to Yahya Elnawasany and both produced an excellent match. Yassin was very close to push for a decider when he came back down match ball from 10/6 all the way to 11/10 game ball! But Yahya was able to reassess and finally closed the match on his 5th match ball… So tomorrow, no surprise in the final with top two boys battling away…

As for the girls. Unfortunately, no change of mental attitude for Jana Shiha, who is trying to juggle Squash and Studies, leading to her not training as much as she would like and feeling frustrated on court as she is not able to backup her squash skills with basic fitness.

So she took the first game easily, then seem to mentally switch off – like I witnessed yesterday – and lost the next three games. To be noted that Kenzy Ayman, it would seem that today, her swing was less of a ‘weapon’ and under control, which is greatly appreciated by all.

Last but not least. Seriously, I don’t know how the parents live through those matches and not die of heart attacks! Sana was up 2/0 and 8/3 up in the third bless her lovely racquet, and Hana Moataz seemed defeated and on her way to the changing room, when Sana Ibrahim seemed to lose a bit of focus. Hana didn’t need more to rush in that breach and took the next two games, 11-9, 11-2!

And the last game, another heart attack for both camps, as Sana was again up 8/3 when Hana seemed to get to the same path of recovery. But this time, Sana was able to contain her opponent and her mental focus, and the top 2 seed closes it down 11/6.