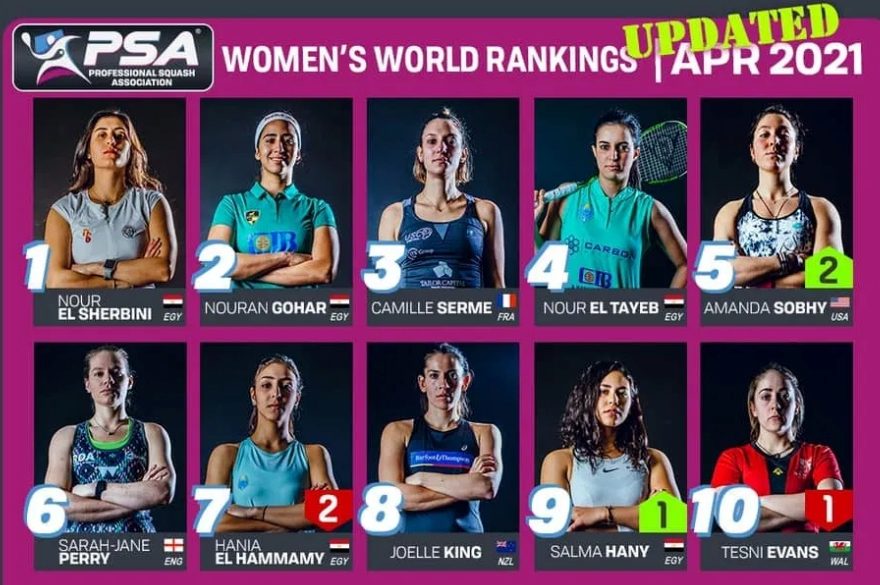 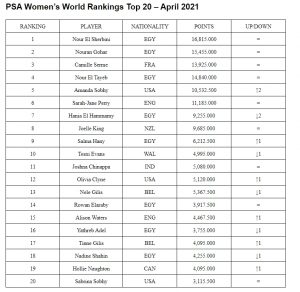 CIB Salma Hany has reached a career-high ranking of World No.9 after the PSA Women’s World Rankings for April.

The Alexandria-born 24-year-old reached her first PSA World Tour Platinum semi-final last month at the CIB PSA Black Ball Squash Open in Cairo, and it is enough to see her leapfrog Wales’ Tesni Evans to reach No.9 in the world, with Evans falling to No.10.

At the top, Nour El Sherbini has extended her reign at the top of the World Rankings to a sixth successive month following her win at the Black Ball Open. She is followed by CIB Nouran Gohar (No.2), CIB Nour El Tayeb (No.4).

CIB Hania El Hammamy drops to No.6, swapping with Amanda Sobhy, with Tinkerbell Rowan Elaraby No.14, Yathreb Adel drops to No.16, Nadine Shahin drops to No.18, while CIB Farida Mohamed stays at best ranking No.34. 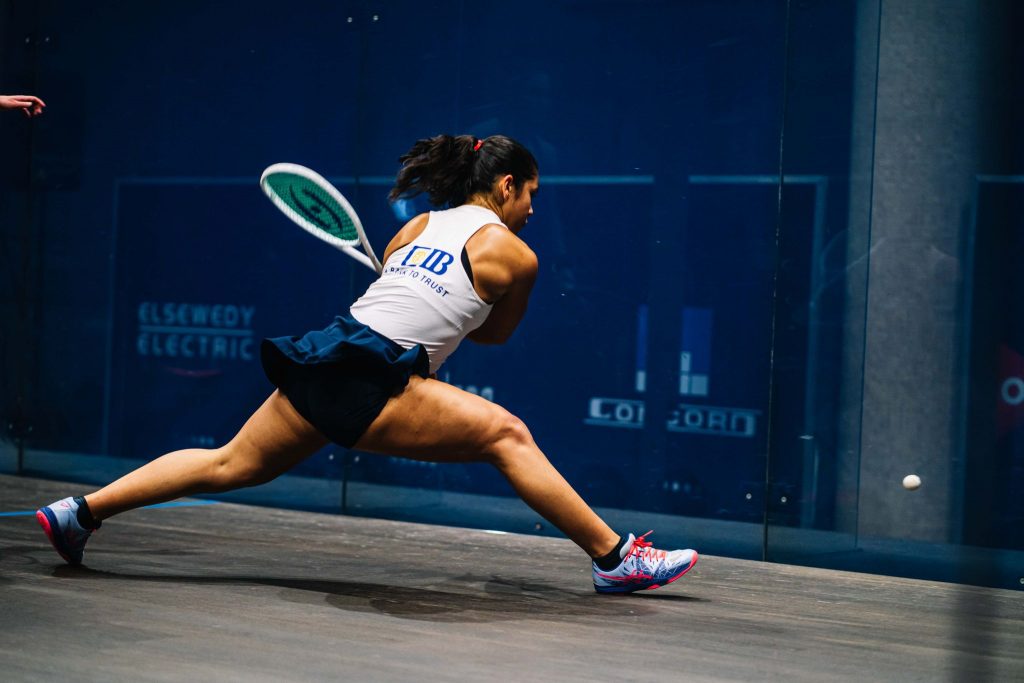 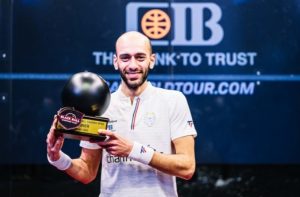 CIB Marwan ElShorbagy has broken back into the top five for the first time since December 2018 after the PSA Men’s World Rankings for April.

Marwan, 27, captured the third major title of his career when he overcame defending champion Fares Dessouky in the final of the CIB PSA Black Ball Squash Open last month in Cairo.

He features in the top five along with World No.1 CIB Ali Farag, his older brother, Mohamed ElShorbagy (No.2), World Champion CIB Tarek Momen (No.3).

Meanwhile, former World No.1 CIB Karim Abdel Gawad drops out of the top five as his issues with a heel problem continued in Cairo, while CIB Fares Dessouky moves up to a career-high ranking of World No.7. 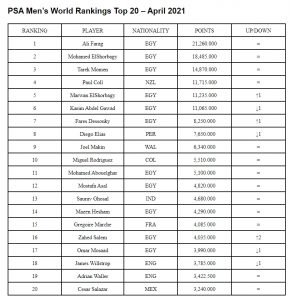 CIB Mohamed Abouelghar (No.11), Mostafa Asal (No.12), Mazen Hesham (No.14) retain their rankings, while Zahed Salem moves up two places after reaching a first PSA World Tour Platinum quarter-final at the Black Ball Open to No.16, while Omar Mosaad falls a place to No.17.

Good news!
The biggest mover on the men’s tour this month is 17-year-old Egyptian Ahmed Wael. He rises 462 places to No.275 after featuring as a wildcard at the Black Ball Open, while his fellow wildcard at that event, Ahmed Ismail, moves up 408 places to No.267. 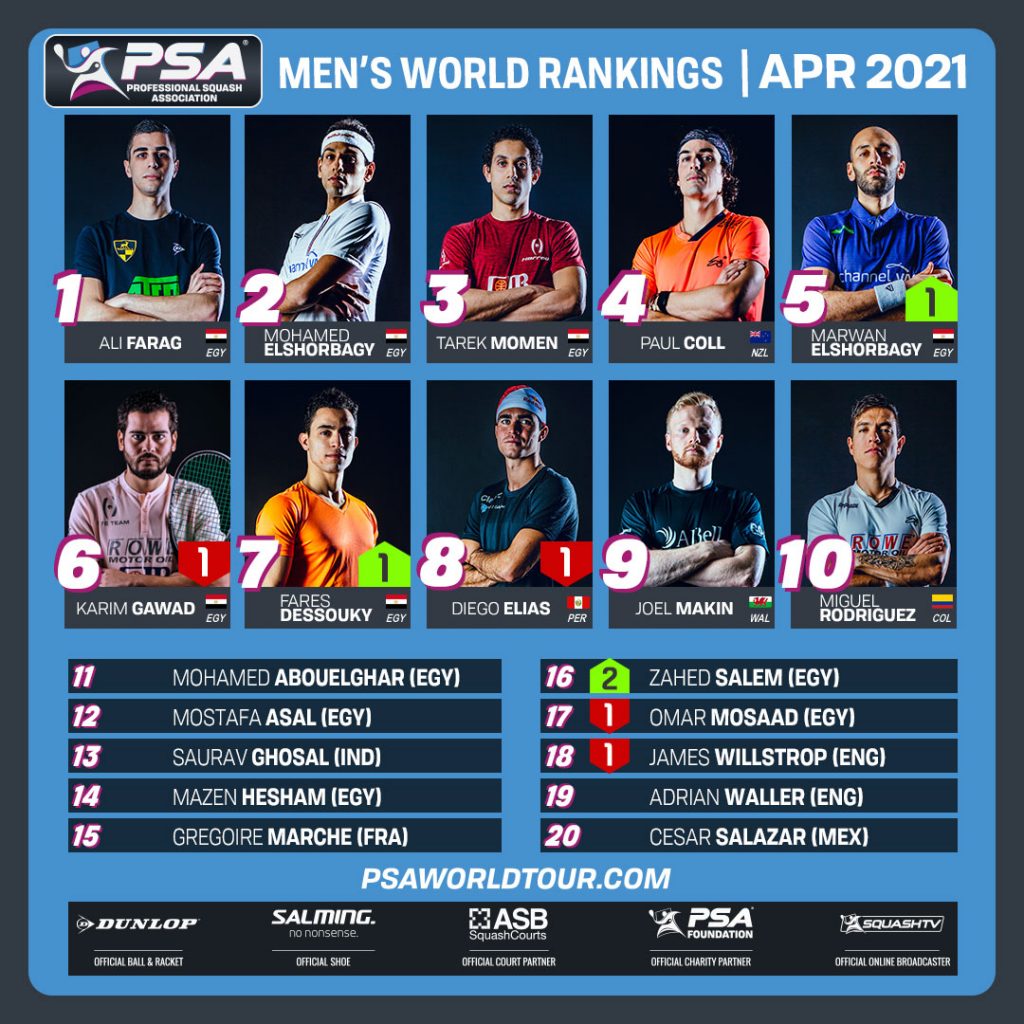