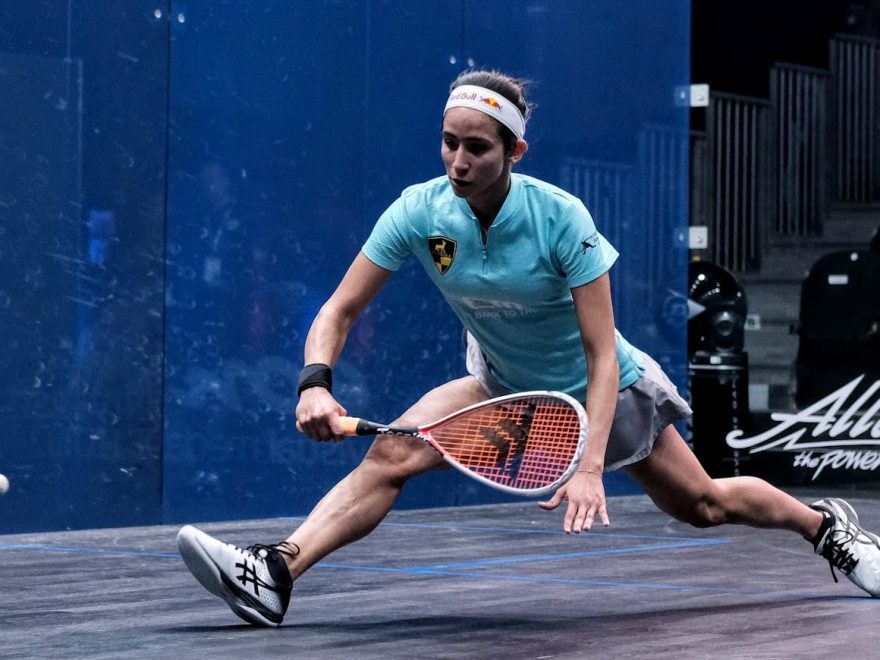 “If you’re number 37 in the world and you’re playing like this I don’t know if you should be World No.1. I think she’s playing better now than she did before she was pregnant but obviously all respect to her and what she’s doing, I did enjoy it because I do enjoy playing big matches and there’s no bigger than this one, Nour was playing well and I hope the crowd enjoyed it.

“I think Nour took some time to adjust, I think the second game was very good and we both played well, the last one too. I dropped my concentration a bit and she knew when to attack and when to play at the back so she was playing well. I’m just glad with the way I pulled back in the fourth and I’m glad I’m not in a fifth right now.

“Amanda is a very good player, she’s one of the most skilful players on tour with strong basic game as well so it’ll be fun out there tomorrow and I’m up for it.

“It goes back to 2016 for me when I reached the final when I was 18, just after I’d won the British Junior Open so it’s very special. I just want to thank the Allam family for their support of squash. When people ask me about my favourite venues I always say the British Open, I usually have my mum here with me so it’s strange not having her here but I just have good memories.”

“I had to be very sharp from the beginning, I had to focus on my game plan and get my length, obviously Tinne is very dangerous and if you leave the ball short she’s going to do something unexpected that will make you lose the point. So I’m very happy to be through in three.

“Both players are extremely talented, playing Joelle is always tough and always physical and hard, you have to be very focused on your game plan but I’m really excited for tomorrow’s match.

“The crowd here is amazing, the venue is amazing, having you [the crowd] here throughout the matches is a great motivation so thank you and see you all tomorrow.

“I actually knew how I was going to start today, I need to stop picturing Karim Abdel Gawad as a huge mountain to beat him, because after I beat him I felt like I’d already won the tournament, it was such a big relief off my shoulders.

“Today I was sleepy or not firing enough and then I have to play Tarek Momen, there’s no one worse to feel like that against. He was absolutely dominating it, I tried to play fast and I couldn’t, I tried to attack and I couldn’t so my only option was to slow the game down and hope for errors from his racket. I started well in the third with that game plan until 8-3 then he came back with a flurry of winners until the flip of the coin at the end and that made the difference in the fourth.

“The challenge with Mazen is that you don’t know where the ball is going. He’s got every shot in the book from the same swing. You just stay on the T and pray you guess it right, but you try to stop the opportunities, he has been playing really well recently, we all know Mazen can be a top, top player but he’s been unlucky with injuries and once he got consistently he’s been better. When he gets his back corners right he’s a nightmare and hopefully I can beat him at that and put on a good show for the crowd.

“I guess watching a bit of squash in the morning helps, have a long warm-up which I didn’t have I kept telling myself to warm up and there was something in my head today I don’t know what it was but I got myself fired up in the second when Tarek let me and in the end, I found a way.”

“If you are coming to the British Open it is a nightmare for us to play Miguel, he loves this court and you know I started doing the white and black shoes because of him, he’s an idol for so many players. All the Egyptian juniors love his style and the way he moves so I want to thank him for that.

“It was very tough, Miguel beat Joel Makin which is unbelievable, so I knew it would be brutal after he beat Youssef but I think I played solid today which has seen me through.

“Me and Nicky haven’t played in our careers and then in the last four/five months we’ve played so many times and every tie is tougher and tougher, I kept pushing and pushing and he made it even tougher and tougher just to be able to seal the deal. I’m very happy with how I played in the last game and it’s really hard to change the momentum. I’m very happy to be here, enjoying the squash and entertaining the people, having the best time of my life.
“My body is always playing games with me, im used to it now, I’m just dealing with every match at a time. I’m really lucky, I want to thank all the PSA physios, they really help me out, people sometimes make fun that I’ve always got the physio but there’s no other way to do it.
“All the Egyptians are so close and we train together, we’re friends but as soon as we’re on court, things are serious, I try to win and they try to win. So may the most tired player win and hopefully have a good game tomorrow.” 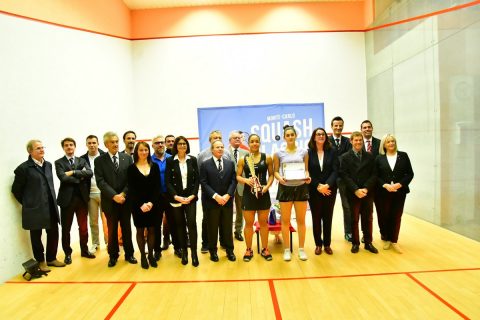