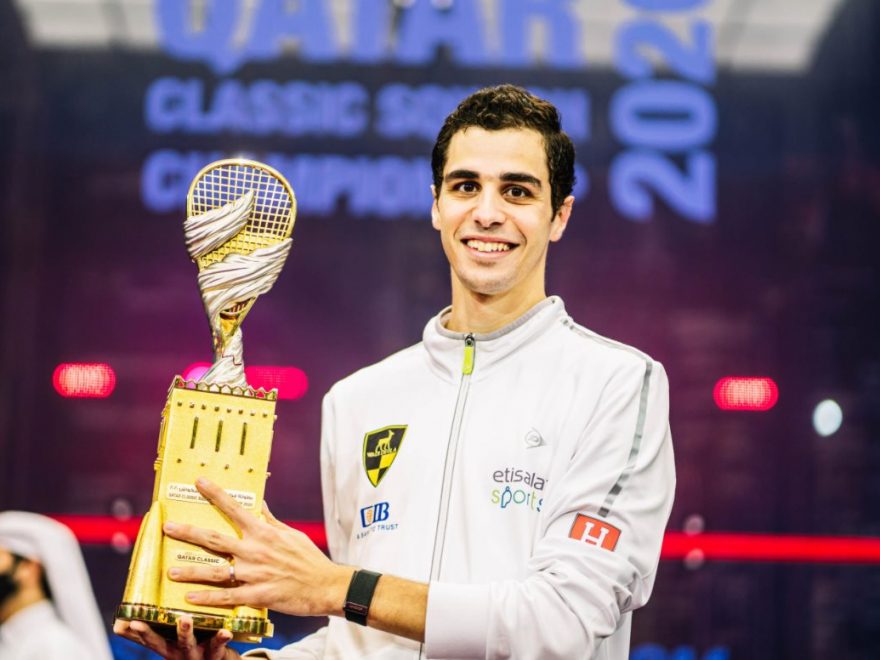 That movement from @AliFarag is just incredible! 😲

The World No.1 takes a 2-1 lead in Qatar 🏆#QatarClassic pic.twitter.com/339GwbnCuD

Farag’s retrieval skills and graceful movement around court was breathtaking as he picked up the majority of what Coll threw at him and counterattacked superbly. Coll did manage to equalise after dropping the first game, but Farag recovered from a 4-0 deficit to take the third. Coll then battled back from 9-5 down to draw level in the final game, however Farag moved up a gear to seal the victory in four. 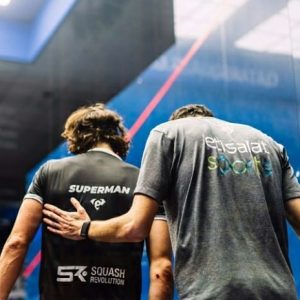 He has now become only the fourth man in Qatar Classic history to win the title twice, following in the footsteps of current World No.2 Mohamed ElShorbagy and the now retired Karim Darwish and Peter Nicol. It’s his second PSA World Tour title after the tour’s restart following the six-month suspension due to the COVID-19 pandemic.

For Coll, it marks a second year of frustration in Qatar following his defeat to World No.3 Tarek Momen in the PSA Men’s World Championship final here 12 months ago. It was his second Platinum final appearance, with his first at the Windy City Open back in March, 2020 also ending in a defeat to Farag.

Farag takes home over $26,000 for his title win and also strengthens his lead on the men’s CIB Road to Egypt Standings….

Ali
“The first time I couldn’t believe it and this time around I can’t believe it even more,” said Farag following the match. When I was younger, I used to watch the Qatar Classic and see all the great names of our sport lifting that trophy and I could only imagine standing there one day. To do it twice is an amazing feeling.

“We’ve been playing with each other for a good few years now, he wasn’t necessarily a very good junior or the most talented, but he’s a living example of inspiration.

“If you put your head down, go on with your business and work hard, you can achieve everything you want in life, I have no doubt he will reach even higher levels than he’s already reached and I have a lot of admiration for him.

We couldn’t be happier to be here, everyone takes good care of us and I’d like to thank His Excellency Mr Tamim bin Hamad Al Thani and His Excellency Mr Nasser Al-Khelaifi for bringing this here year after year.”