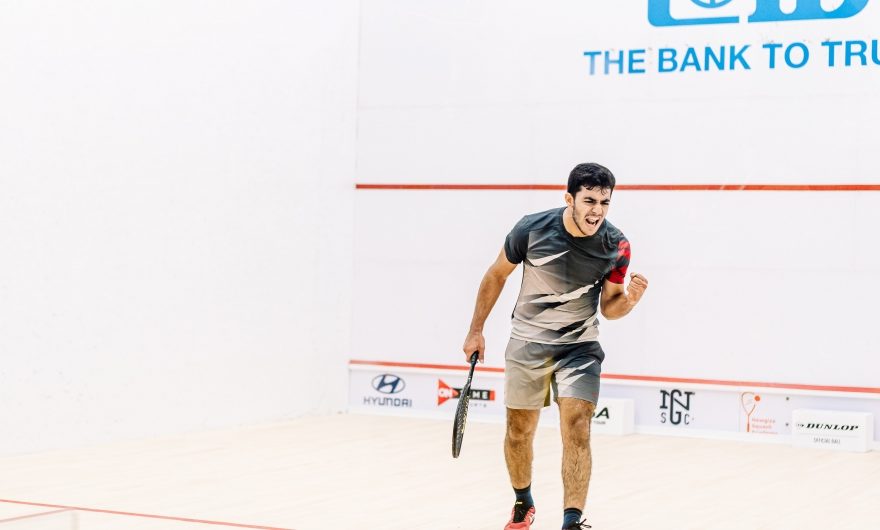 Yahya Elnawasany claimed the victory at the QSF 3 this week, beating compatriot Mazen Gamal in the final to secure his third title on Tour in 2021.

The Challenger 10 level tournament was held at the Khalifa International Tennis and Squash Complex. The event began on Monday, with the opening two rounds on the first day. Elnawasany, as the tournament’s top seed, received a bye through the first round, before then getting the better of Iran’s Alireza Shameli in straight games.

From then on, it was all-Egyptian battles for the World No.68, starting with a contest against No.7 seed Ibrahim Elkabbani in the quarter finals, which he won in three, needing just 37 minutes to advance.

In the semis, the 19-year-old downed the unseeded Omar Elkattan, who had already gotten the better of two of the top eight seeds to reach this stage of the tournament, in four games.