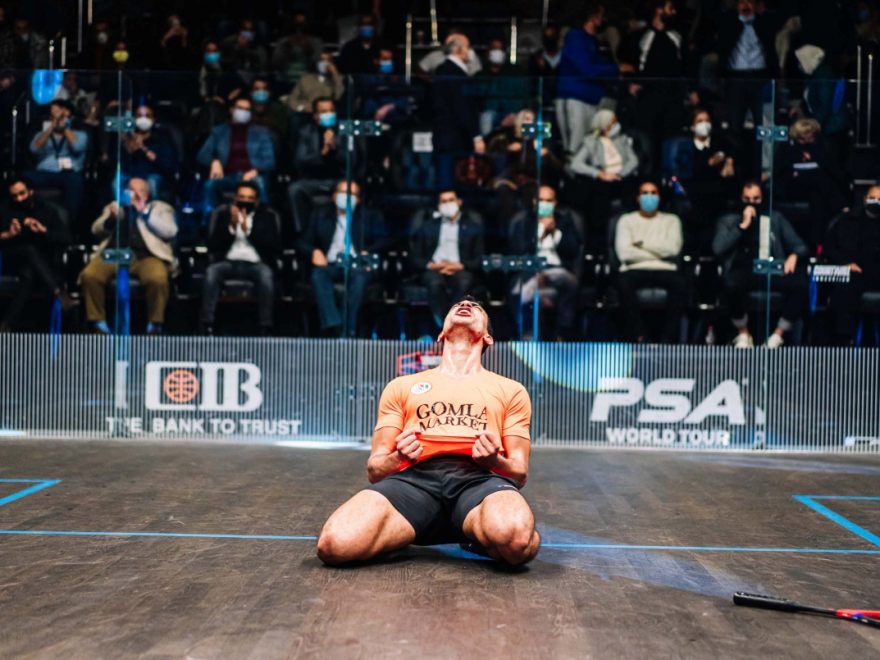 2020 ended in the best possible way for Fares Dessouky as he lifted his biggest PSA title to date at the CIB Black Ball Open, PSA World Tour Gold event.

The World No.11 was a more than deserving winner after going on a huge run that saw him knock out the likes of defending champion and World No.5 CIB Karim Abdel Gawad, World No.7 Diego Elias and World Champion CIB Tarek Momen before coming from 2-0 down against World No.1 CIB Ali Farag in one of the most thrilling finals of the year.

The 26-year-old has seen his career halted on occasion by serious injuries, dropping as low as World No.606 in December 2018, but with a title win coming at the Pittsburgh Open at the start of the 2020, Dessouky has enjoyed a stellar year with a semi-final finish at the Qatar Classic – his best result at a Platinum event along with the El Gouna International in 2019 – before rounding off the year with victory in Cairo.

We’ve seen the talented Egyptian break into the men’s top 10 before with his highest ranking of No.8 coming in November 2017, and he is back in January 2021 at that same spot. More to come he says…

🗣️ "I'm excited to see what 2021 has for me because I want to keep the momentum going."

He gets candid on that Qatar semi-final, his attitude on court & aiming for the 🔝 pic.twitter.com/sg2s4rRmwe 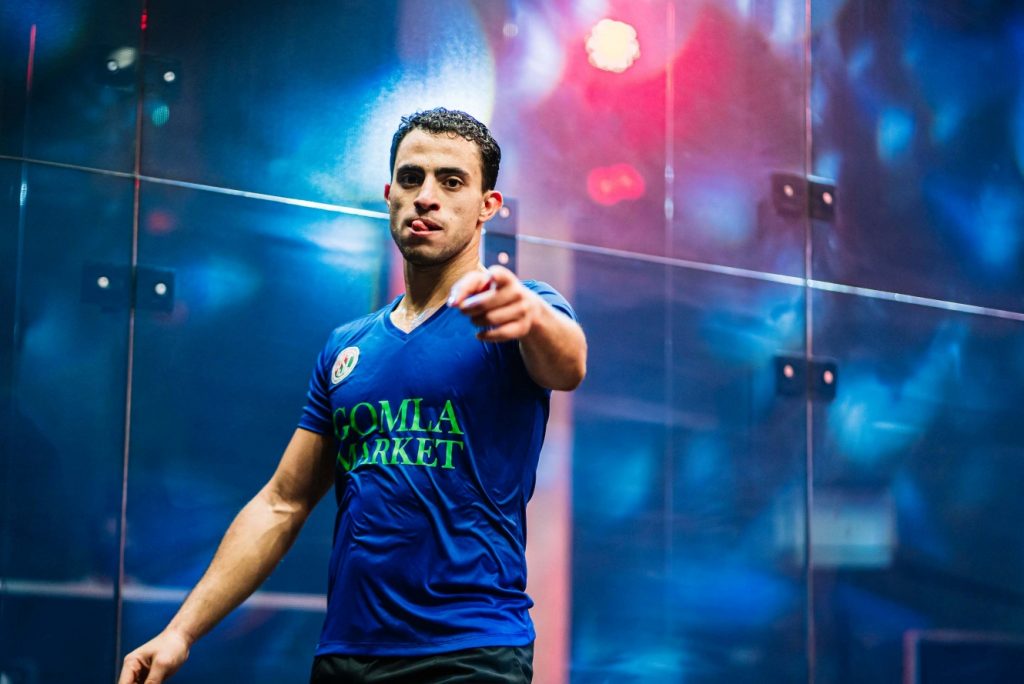 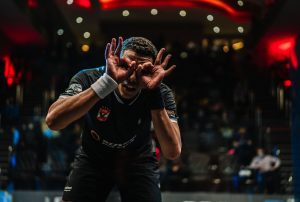 Egypt’s rising star Mostafa Asal has divided the opinion of PSA World Tour fans like no other, whether it’s his style of play, controversial celebrations or even down to his sock and shoe combination. But no-one can deny that the 19-year-old has shook up the hierarchy of the men’s game with some of the biggest upsets coming at the hands of Asal in 2020.

The upsets began right at the start of the year for Asal as he took out compatriot and then-World No.9 CIB Mohamed Abouelghar at the J.P. Morgan Tournament of Champions in a nick fest as he slammed in winner after winner to come from a game down to win.

Asal could have been playing the British Junior Open that week but instead chose to go to New York for more professional experience and that decision was further proved right with the defeat of former World No.1 Gregory Gaultier in the next round, who was making his big return from injury. 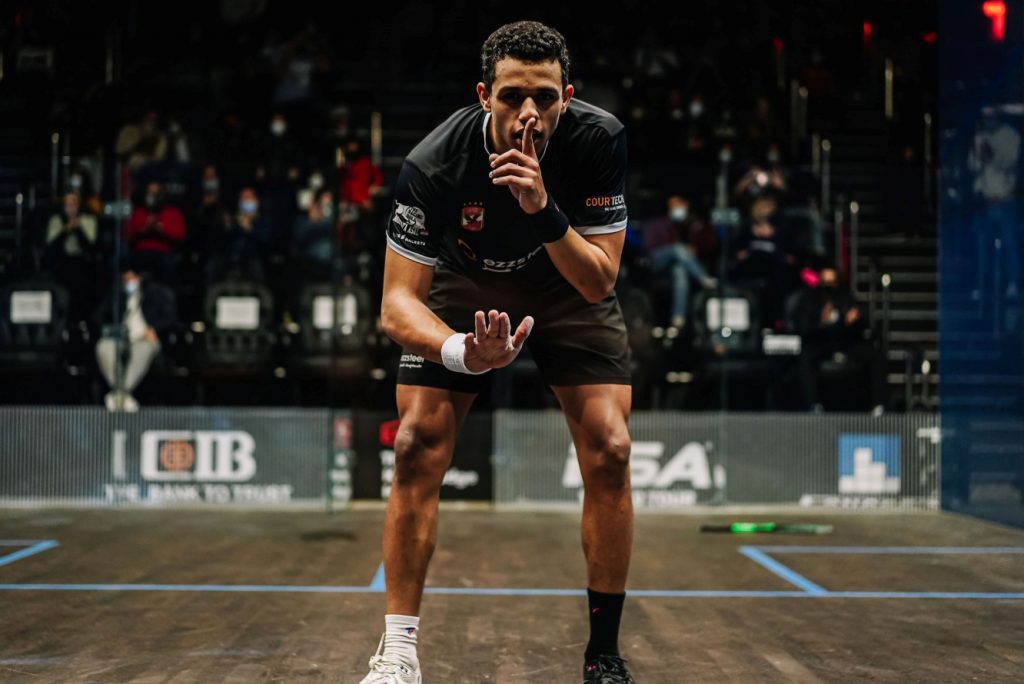 He went on and got the better of New Zealand’s World No.4 Paul Coll on two separate occasions in the 2020-21 season.

The first came in controversial style in front of the Great Pyramid of Giza at the CIB Egyptian Open where Ragging Bull fought back from 2-1 down in a thrilling contest to complete an 8-11, 11-9, 4-11, 11-3, 12-10 victory after 103 minutes of action – sparking wild celebrations that saw him rip off his shirt and sweatband and throw them out of the court.

The match veered from the sublime to the ridiculous, with passages of expertly crafted rallies, incredible shot-making and superhuman retrievals making way for scrappy periods of play and plenty of discussions with the referee, with Coll accusing his opponent of blocking on a few occasions.

Asal proved that his squash could speak for itself in the re-match two months later at the CIB Black Ball Open though as he displayed mature squash and defeated Coll on merit in five-games.

The celebrations remained the same though with the shirt coming off once more in front of his home crowd. The Egyptian went on to back that result up by downing Colombia’s World No.10 Miguel Rodriguez in straight games, but World No.1 Ali Farag proved too much in the semi-finals.

Those results have seen Asal’s stock rise from World No.21 at the start of the year to his current career-high World Ranking of No.14. 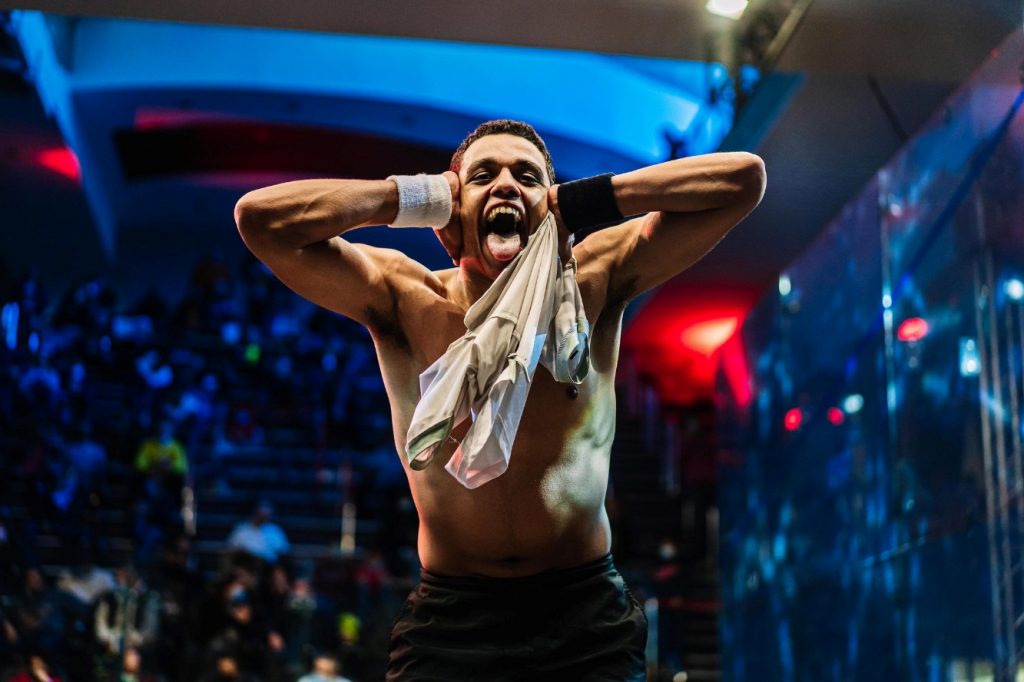 ‘Golden Boy’ Youssef Ibrahim is another player that has been no stranger to a big win in 2020.

Starting the year strongly at the E.M. Noll Classic, the top seed was beaten to the title by England’s Nathan Lake after going one game up.  announced his return to action in style at the CIB Egyptian Open, reaching the last 16 of the PSA Platinum event following wins over Scotland’s Alan Clyne and England’s Declan James – both ranked higher than him – before bowing out to Paul Coll in the last 16.

The 2020 Qatar Classic would bring the biggest win of Ibrahim’s career though. The week in Doha put Ibrahim on the map and marked him out as one to watch in the coming seasons. He began with a strong performance against Swiss Rocket Nicolas Mueller, before taking out Mexico’s Cesar Salazar, who was forced to retire from their match due to injury.

The crowning moment came against former World No.1 Mohamed ElShorbagy in round three. The Beast from Alexandria needed a big week in Qatar to stand a chance of getting his No.1 ranking back from Ali Farag. However, Ibrahim produced one of the performances of the season to defeat one of the sport’s greatest ever players in a five-game thriller and reach the quarter finals of a Platinum event for the first time in his career. He bowed in the quarters against Fares but in 5 tight games. 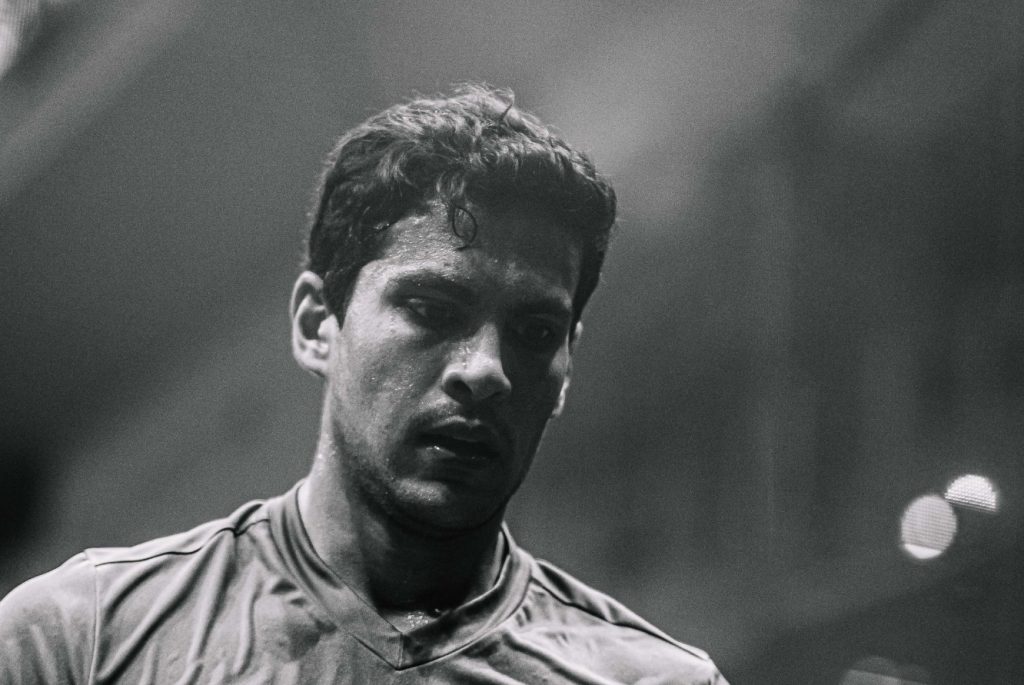 2020 was the year Farida Mohamed aka ‘The Bazooka’ announced herself on the PSA World Tour.

Despite only making her PSA debut in 2018, the young Egyptian delivered one of the knockout performances of the year at the CIB Women’s Black Ball Open in March when the event was a Platinum tier tournament.

‘Bazooka’ Farida defeated Scotland’s Lisa Aitken in five-games before going onto come from two games down against New Zealand’s Joelle King to take out the World No.8 in a monumental comeback and produce one of the shocks of the season.

R2: Another comeback from 2/0 for Farida!

Proving it wasn’t just a one-time thing, the World No.35 went onto axe England’s No.1 Sarah-Jane Perry in straight games at the CIB Egyptian Open before narrowly bowing out to India’s Joshna Chinappa in the next round.

Not to mention she nearly took out CIB Nouran Gohar in the first round of BlackBall in December, only bowing 16/14 in the 5th!

Farida hence raised from World No.52 in January to World No.35 by the close of the year….