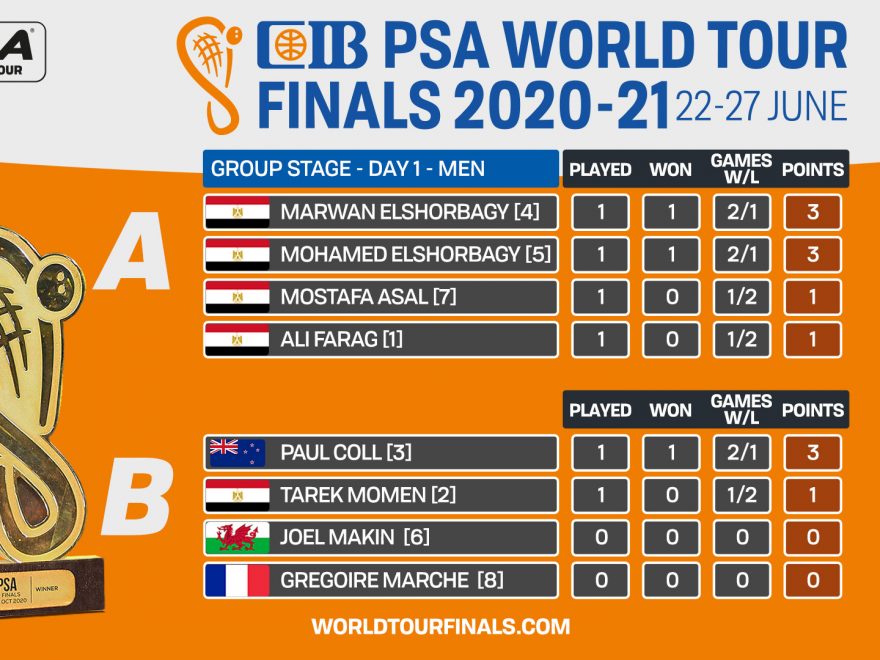 Happy to announce that I managed to crack @psaworldtour ‘s software algorithm 😃
I was able to predict the line up for both groups at the World Tour Finals 2 weeks ago.
Hit me up if you wanna know your draw for the upcoming World Champs before its release 😉#Only_Joking pic.twitter.com/G9zGkV7kp8

Echoed by the Former World Number 1 Mohamed ElShorbagy who commented the group with : 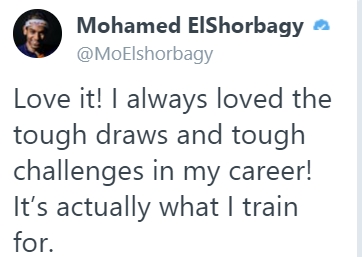 The Battle for World No.1 Intensifies in Group A!

Duo CIB Ali Farag and Mohamed ElShorbagy – the Men’s World No.1 and No.2, respectively – have been drawn together in Group A, meaning a fascinating battle for the World No.1 spot will play out at the event!!

CIB ‘Mr Fantastic’ Farag has held the World No.1 spot for eight successive months since dethroning ‘The Boss’ ElShorbagy in November 2020 but following ElShorbagy’s domination at El Gouna a few days ago, the Bristol-based 30-year-old now has a chance to reclaim the coveted ranking in July’s PSA World Rankings.

To add to the 49 months he has already spent atop the World Rankings during his storied career, Mohamed must win the tournament, while Ali will need to go out at the group stage with a maximum of one victory.

If Ali secures two wins or more, he will stay at No.1 no matter what ElShorbagy does.

The pair are set to face off on match day two, meaning the winner of that clash could take a big step closer towards top spot.

The pair have been drawn together after Farag finished top of the men’s CIB Road to Egypt Standings, while ElShorbagy came sixth.  World Champion CIB Tarek Momenator and CIB World Tour Finals debutant Ragging Bull Mostafa Asal are the other players drawn alongside them in Group A.

Group B ain’t easy either!

As for the Ladies

Group A of the women’s event will also see the world’s top two players go head-to-head as World No.1 Princess Nour El Sherbini takes on World No.2 CIB Terminator Nouran Gohar in a repeat of last month’s El Gouna International final, which El Sherbini won. They are joined by World No.4 ‘La Panthère’ Camille Serme and World No.9 CIB ‘Glamour’ Salma Hany.