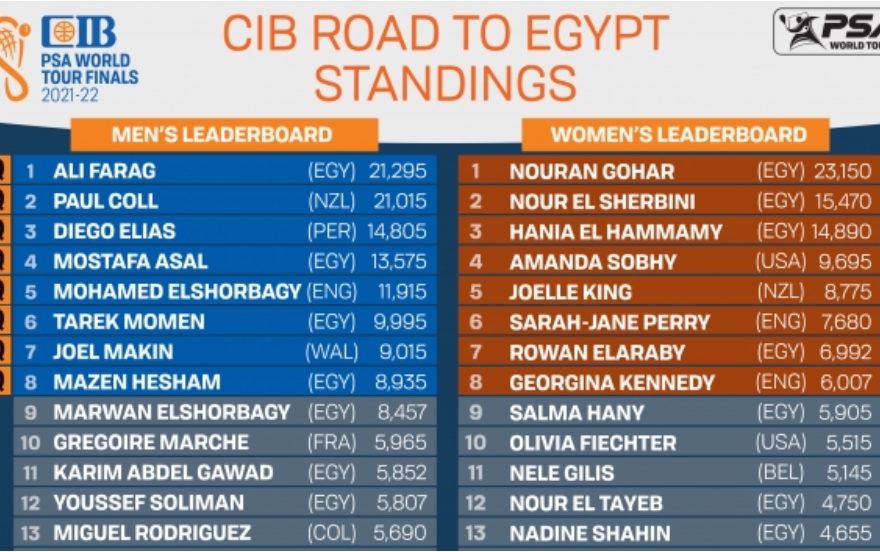 Going into last week’s Mauritius Open, there were two spots up for grabs in the men’s, with Joel Makin and Hesham sat seventh and eighth, respectively, on the CIB Road to Egypt Standings. However, both were both under threat from 2019-20 CIB PSA World Tour Finals champion CIB Marwan ElShorbagy.

But a surprise second round defeat to former World No.3 Omar Mosaad in the second round in Mauritius brought an end to ElShorbagy’s challenge, meaning Makin and Hesham will line up at Cairo’s Mall of Arabia courtesy of securing a top eight finish on the standings. For Hesham, it will be a debut appearance at the season-ending event.

CIB Ali Farag finishes top of the CIB Road to Egypt Standings for the second season in succession ahead of New Zealand’s Paul Coll, while Peru’s Diego Elias – the winner of the Mauritius Open – finishes in third.