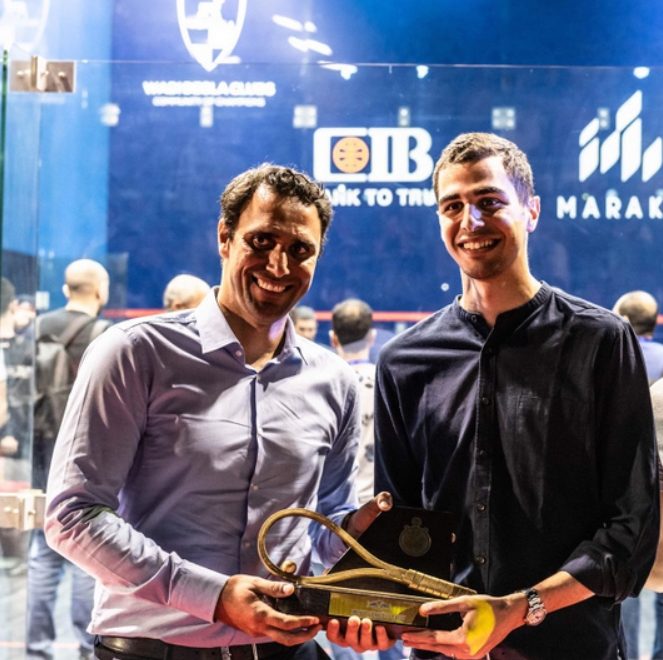 Former World No.1 Wadi Degla Karim Darwish – the man whom CIB Ali Farag refers to as ‘more than just my coach’ – has revealed that he is already working on a master plan to help create a long-lasting legacy for the PSA President.

While Darwish did not join the coaching ranks upon his retiral but instead became director of Egypt’s famous Wadi Degla clubs, Farag himself was in no mood to downplay the importance of his ‘mentor’ in plotting his rise to the top: 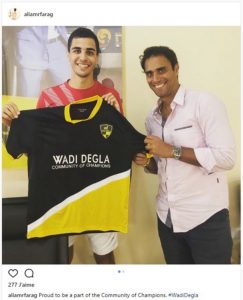 “When I hooked up with Karim, I was World No.5 and my first question to him was can you help me take that leap further? I needed someone who had been on that road and been over all the bumps and who knew how it all goes.

“So ever since then we have been on the court twice a week and to call him just a coach is to undervalue him and also what Karim has done for me. He is my mentor; we are very good friends and I take his advice very seriously and it has been great for me.”

Back to Number One 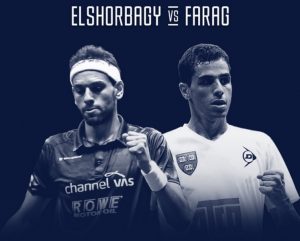 Ali reclaimed the World No.1 ranking following victory at the CIB Egyptian Open and further backed it up with a win at the Qatar Classic which reaffirmed him as the game’s dominant force since the PSA World Tour resumed in September.

Ali is already assured of finishing 2020 as the No.1 – Mohamed ElShorbagy defeat early in Qatar against Youssef Ibrahim and his absence from Egypt yet again – but with 2021 already looming large, Karim who is up for WSF Vice-Presidency in a few days, is masterminding a plan to help Ali garner multiple majors in order to cement his place in Squash History.

“Of course, this legacy is important. Ali has won a World title and he has regained No.1, but now for him it is about winning a lot of big titles and he is very much on the right track in that respect.

“A lot of players have been No.1 and claimed a World title but there are not so many who have won more than one World title and also won British Open titles. So, obviously with everything that has happened in 2020, 2021 will be very important to achieve these goals and the clear targets are to win more than one World title, to claim a British title and to solidify Ali’s period as No.1, this time, over a number of years.

“If he can achieve these goals then he will have a legacy to look back on that he can be proud of.”

When it comes to the subtle differences that define those who remain contenders and those who emerge as champions at the elite level, Darwish, a ball striker of supreme quality whose line and length made him exceptionally hard to break down during his glory spell, has no doubt that the little details really matter.

“At top five level the difference between the elite players can be down to the mental side of things and I spend a lot of time working with Ali on this. Physically he is one of the best players out there and I also believe he has all the talent he needs but before and after training we focus a lot on talking and analysing the mental side of things because that can be the difference.

“I would say the balance between the mental and physical sides of the game is 60% in favour of the mental aspects at the elite level. For me if you have an advantage mentally over an opponent then you are more likely to prevail and I would say that over the last two years Ali has come a long way in that respect.

“Clearly it is always important to set goals and targets and a big one for Ali has been to get No.1 back but goals provide motivation and without motivation you have nothing, it is the key. So, you must always look forward, must redefine your goals and use them to fuel your hunger for what is coming ahead.

“Particularly with Ali now back at No.1 having strong goals for the next year is very important.”

Surveying his charge’s progress since the return of squash and casting his gaze over the terrain Farag still has to traverse in the years to come, Darwish said:

“Ali has come back very strongly after the suspension and you can see that with how his results have consistently improved from the first tournament in Manchester through to the last two in Egypt and Qatar, both of which he won. 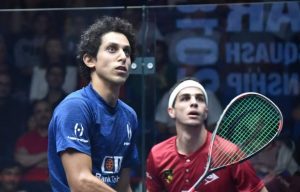 “I was really happy with how hungry Ali was in these tournaments. Particularly in his semi-final with Tarek Momen in Qatar his focus was very strong and his error count extremely low while again in the final against Paul Coll he was very strong mentally against a very determined opponent.

“Obviously there was a challenge for him to get back to No.1 and that has been a big part of our focus and Ali has responded very well to that but now he is back at the top of the rankings we know how tough it will be to stay there.

“So, clearly we are working on a few things in this regard. Tactics and technical aspects are things that you can always fine tune and modify. I am not at all worried about Ali’s fitness and conditioning which is always excellent, while his motivation is always strong, and I am very happy with that as well.

“But what we will be doing in 2021 is picking our tournaments and making sure that Ali is peaking at the right time. Maybe he will play between 10 to 12 tournaments, we will see.

“Things have changed in squash and I believe that a player’s peak is now around 28/29 years-old as by that time players have acquired a fair amount of experience which is very important while physically and mentally they are at their best.

“Ali is 28 now and I think he has everything he needs to stay at the top for around three to four years.”

Mohamed down but not out

Yet it is clear that Team Farag are braced for the return of Mohamed ElShorbagy in 2021: 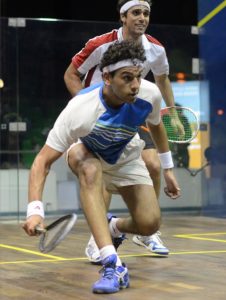 “Mohamed is one of the greatest players to have played the game.

Mentally he is extremely strong, physically very strong and he is the biggest threat to Ali,” admitted Darwish.

“We have no doubt that when he returns to the Tour in 2021, he will be as determined as ever to reclaim the No.1 ranking and we will be prepared to meet that challenge.” 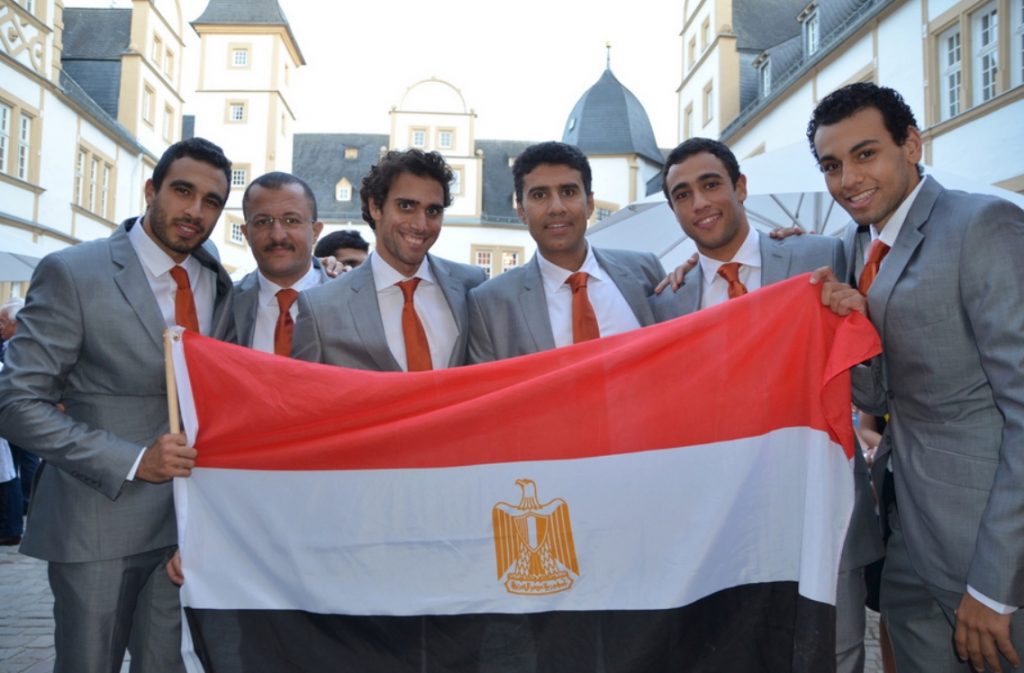 When Karim looks back

Looking back on his own career Darwish admits that mixed emotions prevail. 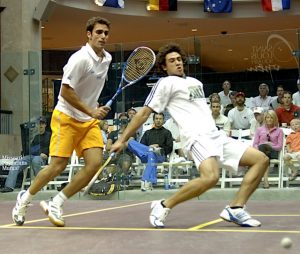 “Obviously winning both a World Championship and a British Open were big aims for me and unfortunately it was not to be but I played in a great era of fantastic players with the likes of Peter Nicol, David Palmer, Amr Shabana, Nick Matthew, Greg Gaultier and of course Ramy Ashour and I am very happy with what I did achieve.

“Yet to claim the No.1 ranking and stay there for almost a year is something I look back on with pride while to have been part of the top-10 for a decade is again something that shows how consistent I was and consistency is something that is very important.

“So, for me I know that I gave everything, and these are achievements that I can be satisfied with.” 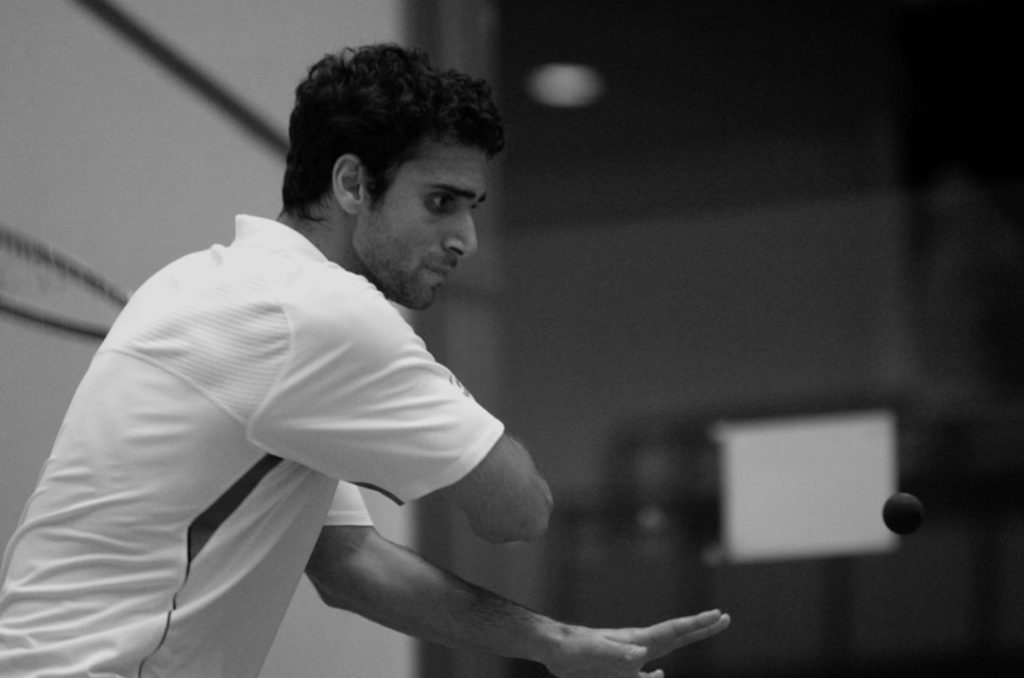