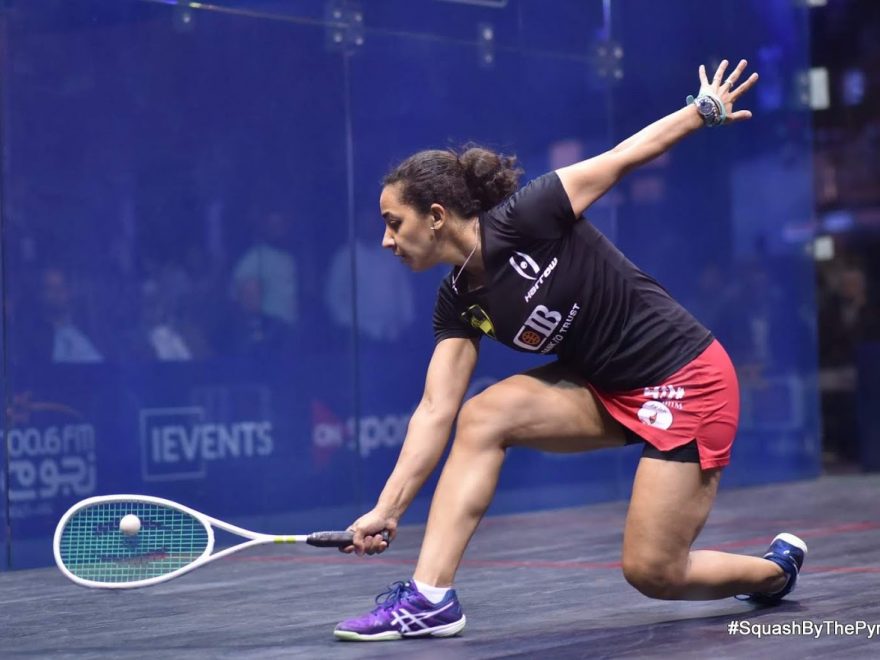 World No.1s Raneem El Welily and Mohamed ElShorbagy will headline the draws for the 2020 Grasshopper Cup which takes place at Zurich’s Halle 622 between March 17-22.

A women’s PSA World Tour Bronze tournament will be held for the first time in the event’s history, with World Champion Nour El Sherbini joining El Welily at the top of the seedings in a top-class draw.

The duo are seeded to meet in the final in what would be a repeat of the 2019-20 PSA Women’s World Championship final held in front of the Great Pyramid of Giza three months ago. To get that far, El Welily will have to get the better of either Rachael Chadwick or Donna Lobban in the second round, before potential clashes with World No.14 Alison Waters and World No.9 Tesni Evans if she is to reach the final.

El Sherbini will have to overcome either Malaysia’s Sivasangari Subramaniam or Latvian Ineta Mackevica in the second round. She is then seeded to face USA No.2 Olivia Blatchford Clyne and England’s Sarah-Jane Perry en route to the final in Zurich. 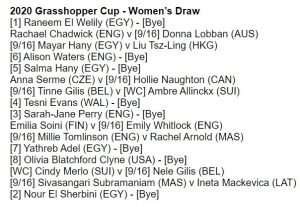 Reigning champion ElShorbagy leads the way in the men’s PSA World Tour Gold event, with all but one of the world’s top 10 battling it out for the crown. ElShorbagy reclaimed the World No.1 spot from Ali Farag in the February World Rankings and the pair are seeded to meet in the final in the latest chapter of their enthralling rivalry.

To get there, ElShorbagy will first face either compatriot Zahed Salem or Germany’s Raphael Kandra in the second round, ahead of potential clashes with World No.9 Mohamed Abouleghar and World Champion Tarek Momen.

Meanwhile, Farag will start his campaign against either compatriot Mazen Hesham or Frenchman Mathieu Castagnet. He could then play World Championship runner-up Paul Coll in the quarter finals, before a potential meeting with fellow Egyptian Karim Abdel Gawad in the last four.

Two more Egyptians will have to face local favourites, Nicolas Mueller leading home hopes in the men’s draw, facing Omar Mosaad in the first round, while wildcard Dimitri Steinmann faces the in-form World No.19 Mostafa Asal. 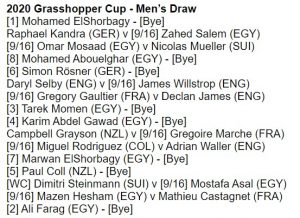