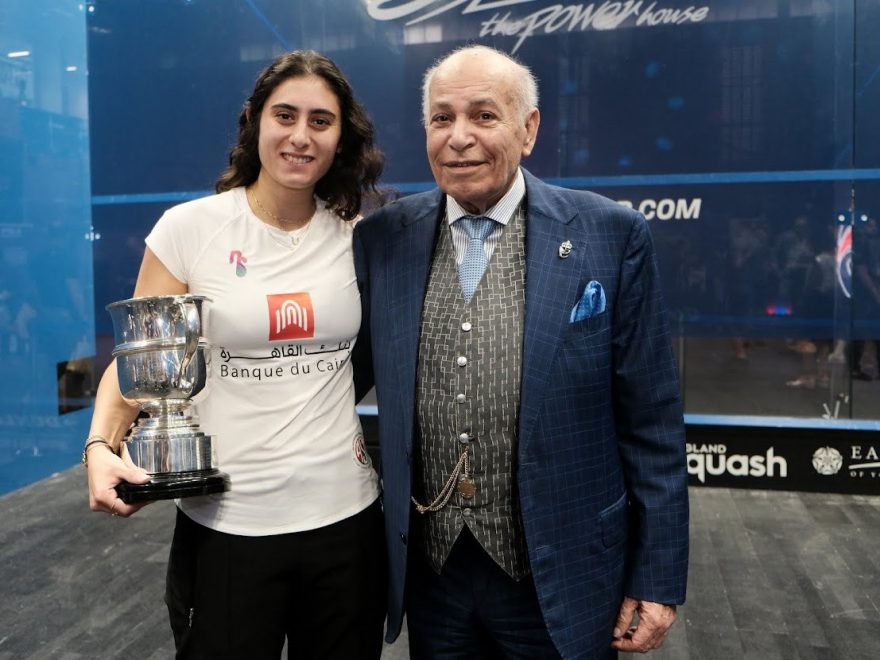 “It’s really hard right now to describe it, but I’m really glad that I sneaked the last game at the end. Nouran is very fit and on form and is very strong. I was struggling the whole match and just wanted to keep going and keep pushing every point. I was almost going to be 2-0 down and who knows what would happen. I didn’t expect the last game would be that quick but I felt myself going point after point and I didn’t want to stop if it was working. So just keep going, keep going and it’s an indescribable feeling right now.

“At the end of the fourth actually, we were at 7-7, 8-8 and I just won four or five points after each other. I just tried to relax a little bit to make my shot come because I thought I’d done a lot of unforced errors. So I just wanted to get my shots back, be more confident, and relax. I think I relaxed a little bit and that’s why I tried to play my shots and go for them, even if they go down.

“Winning a third title is amazing. The British Open is a title that every player would love to win and competing in the British Open straight after the World Championship is very tough for me mentally, but I just wanted to keep the same form I was on. It was very hard for me because I was struggling a lot but I’m here right now and really glad and grateful that I’m standing here and chatting with you right now.” 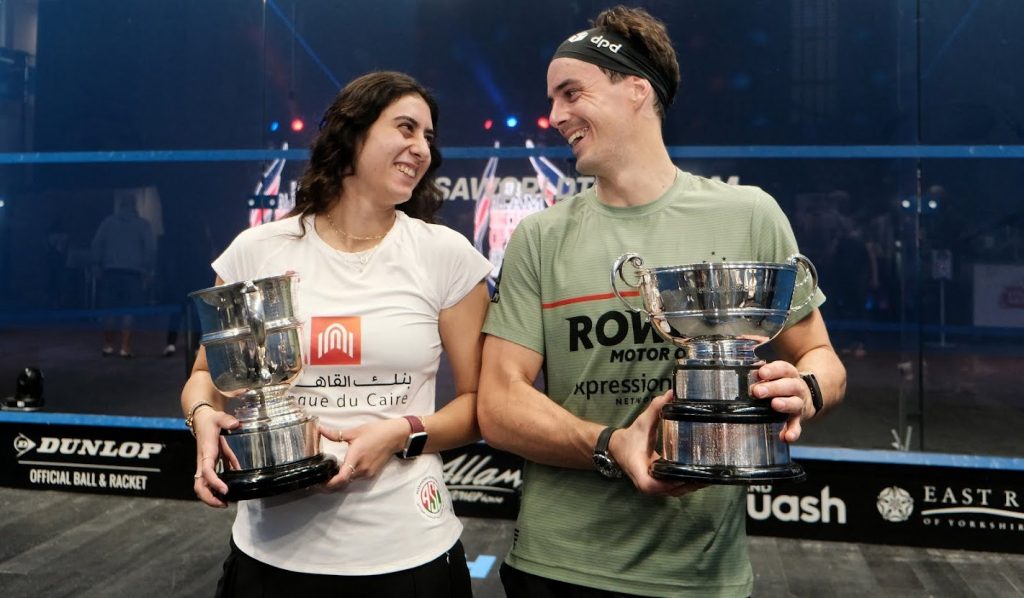 “It’s tough, definitely it’s tough. But it was better than the World Championship final and I’m just proud of the week here. It was a great week. I learned some stuff from the final of the World Championship. I tried to execute it here. I think I was closer to the win today, which is still positive. I mean, I can’t really complain.

“Being in the final of the most prestigious tournament, it’s huge. Definitely I would love to win it for sure, for a second time in a row, but last year was amazing and I have such amazing memories on this court. Every time I feel demotivated, I just go back to the video and watch the 2019 final, it’s very special for me.

“All credit to Nour, she came back in the fourth and fifth and she played amazing squash, so she truly deserves it. Congrats for her. I hope next year I will come back and fight for another title. I would always come back and try to fight more and more and more. It’s always enjoyable to be back here.”