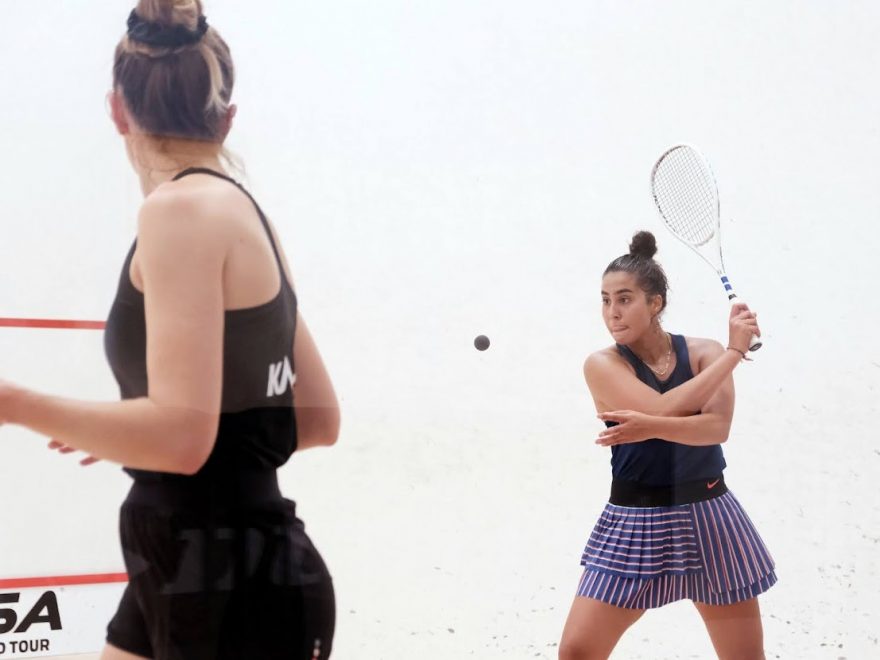 Ibrahim played well throughout, showing the trademark power and accuracy that took him to Manchester’s semi-finals, with the 23-year-old Bonmalais struggling to match the 22-year-old’s physicality.

Improving with each game, Bonmalais fought back well and took the third 11-9. Ibrahim, though, was able to respond and sealed the match with an 11-5 victory in the fourth to set up a second-round match with Paul Coll tomorrow.

“I’m feeling really good after that. The defeat in Manchester’s semi-final made me more hungry in this tournament and I knew I’d need 100 percent from the first match. It was a tough game, he came back in the third when I had all the momentum and there were a few key decisions. He played really well in that third so I’m happy I could recover and take the fourth,” Ibrahim said afterwards.

“I’m very relieved, I’ve known El Hammamy for many years and we’ve had a lot of big battles in the past already. I know what to expect, he’s hard to beat and he showed me today again. He never gives up and he’s always trying to find a way to get on his opponent’s nerves, but I stayed calm and did my best to perform well.”

World No.30 Youssef Soliman cruised into the next round, and an enticing match against fellow Egyptian Fares Dessouky, after beating England’s Richie Fallows.

The first game was a relatively close affair, with Fallows pushing his opponent hard and neither player looking their sharpest, with Soliman taking it 11-7.

The 24-year-old, however, kicked on from this point and won the following matches in relative comfort, taking the second 11-4 and the third 11-3.

Speaking after the match, Soliman said:
“I feel I’m playing well, but I think he was suffering with an injury, especially in the last game he wasn’t moving well, but it’s good to have a solid 3-0 win before my tough match tomorrow, I have to be sharp and I need to offer as much as I can.”

In a thrilling first game, World. No. 32 Mickawy eventually prevailed, beating World No. 60 Bunyan 12-10. The second and third games also proved to be tight affairs, with Mickawy able to maintain an edge over her opponent to seal the win with two 11-8s.

Zeina said:
“I’m feeling well. At the beginning I was a bit tense, but I managed to win. I don’t know how! I was going through my shots and I haven’t played here for three years, so I was trying to get used to the court.”

Alexandria Mariam Metwally is through to the next round after a comfortable 19-minute win against England’s Rachael Chadwick.

World No. 34 Metwally started the match at breakneck speed, swatting World No.63 Chadwick aside 11-2 in the first.

Things got little better for Chadwick in the second and third, as the excellent Metwally totally controlled the court, seeing off her opponent 11-4 and 11-2.

Mariam said
“I feel good after that match and ready for the next one. I think today I was trying to put the pressure on her as much as I can and it worked very well. I was relaxed and trying to give my all on court and not let her into the game.
“I was sticking to my game plan as much as I could and I did that. I felt like my brain was excited and I wanted to bring it on court, so I think I played well. Chadwick played well, too. I’m looking forward to tomorrow’s match and hopefully I’ll play like this again!” 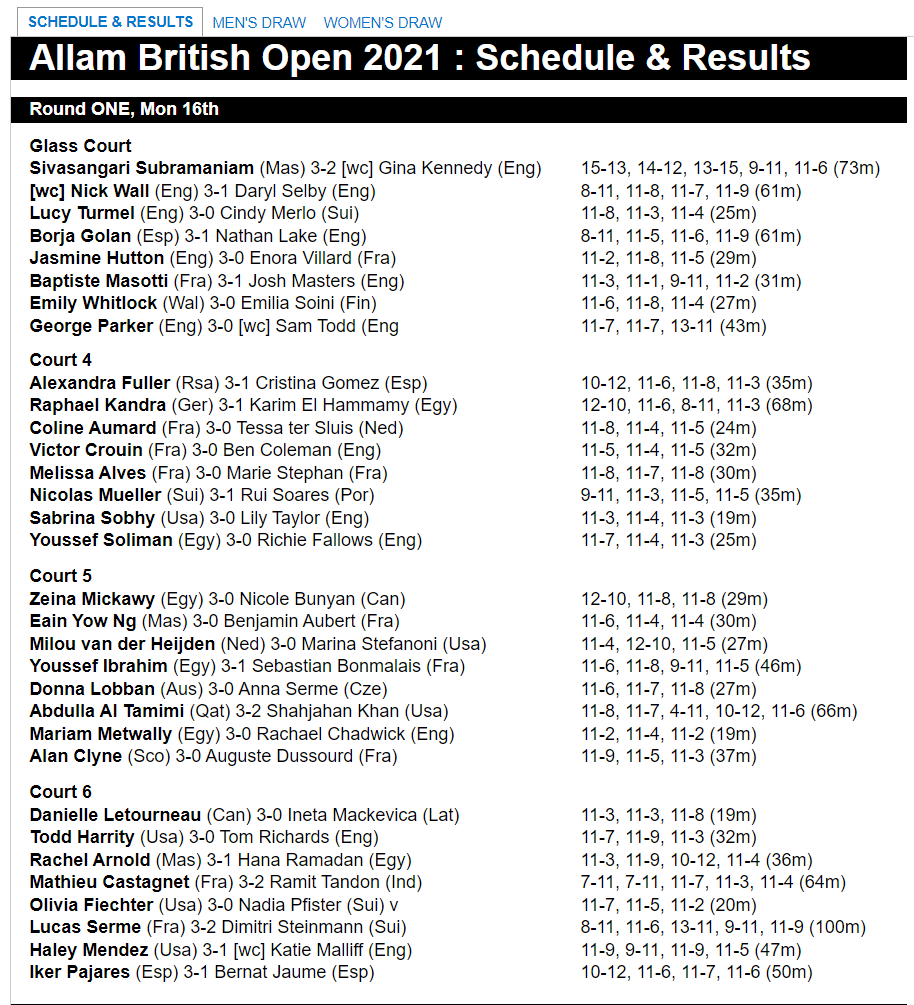