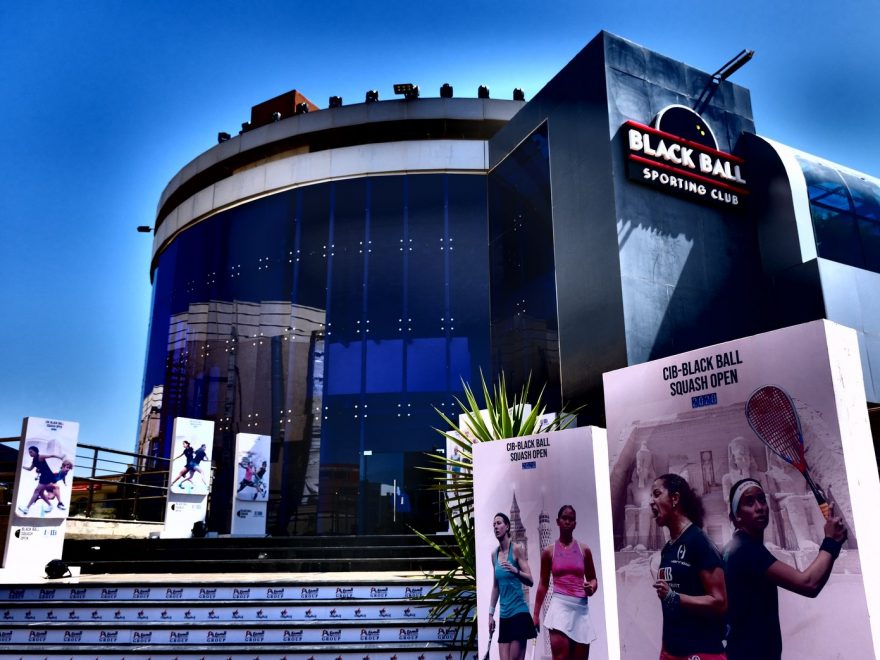 The draws for the men’s and women’s CIB Black Ball Squash Open – PSA World Tour Gold tournaments – have been released. The event will feature a women’s tournament from 7th to 12th December, followed by a men’s event from 13th to 18th December in what will be the final PSA World Tour event of 2020. Prize money of $112,500 is on offer in both events.

World No.1 CIB Ali Farag is the top seed for the men’s event and will take on Spain’s Iker Pajares in round one, while his fellow Egyptian CIB Karim Abdel Gawad – who won the inaugural men’s Black Ball Open in 2018 – plays compatriot Mohamed ElSherbini in the opening round.

Meanwhile, World Champion CIB Tarek Momen is drawn against wildcard Ahmed Wael in the opening round, and he is seeded to play Gawad in the semi-finals.

Now, we’ll have eyes on a potential second round matchup between World Junior Champion Mostafa Asal and World No.5 Paul Coll, who are seeded to contest a rematch of their highly-charged battle at the Great Pyramid of Giza last month.

19-year-old Asal claimed one of the biggest wins of his burgeoning career when he ousted Coll in a feisty, five-game battle at the CIB Egyptian Open, resulting in jubilant celebrations that saw the young Egyptian tear off his shirt and throw it into the crowd in incredible scenes.

New Zealand’s Coll will be out for revenge in Cairo this time around but must take on Germany’s Raphael Kandra in round one, and he will face Asal in the last 16 if the World No.14 can beat Qatar’s Abdulla Mohd Al Tamimi.

In the women’s tournament, four-time World Champion Nour El Sherbini will play her first match since reclaiming the World No.1 spot from CIB Nouran Gohar and takes on Zeina Mickawy in the opening round.

The 25-year-old, a two-time Black Ball Open runner-up, is seeded to meet World No.3 CIB Nour El Tayeb in the semi-finals, but Nour must negotiate a draw that could see her come up against defending champion CIB Hania El Hammamy in the quarter-finals.

On the bottom half of the draw, No.2 seed Nouran lines up against Farida Mohamed and has the likes of World No.4 Camille Serme, World No.6 Sarah-Jane Perry and World No.8 Joelle King on her side of the draw.

World No.53 Menna Nasser takes the women’s wildcard spot and she will take on the experienced Alison Waters in round one.