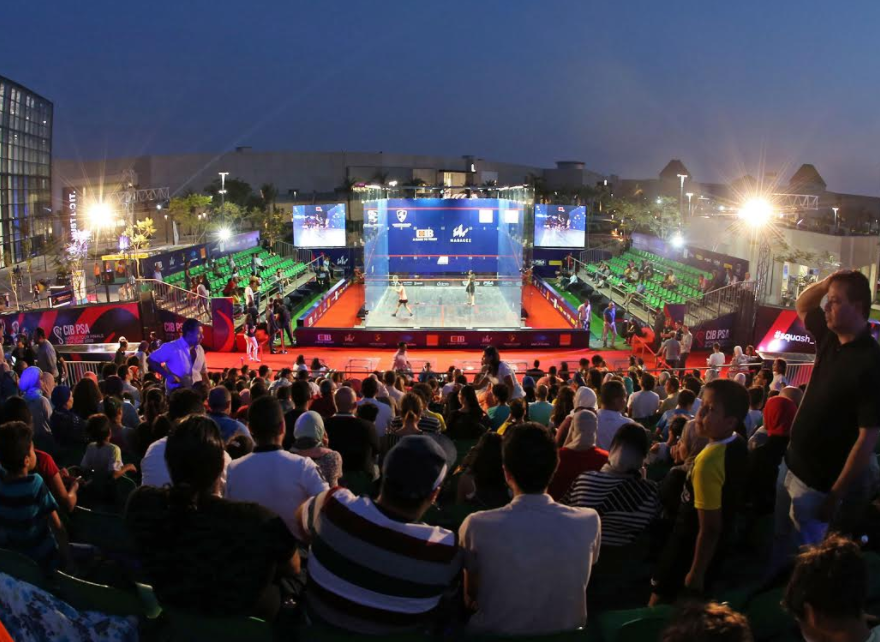 Cairo’s Mall of Arabia will host the world’s leading squash players for a second year in succession when the 2019-20 CIB PSA World Tour Finals take place between September 28 – October 3.

Egyptian duo CIB Ali Farag and Nour El Sherbini will be the top seeds for the tournament which has been rescheduled from its original dates in June due to the global COVID-19 pandemic.

Meanwhile, Germany’s Simon Rösner, who finished ninth on the Road to Egypt Standings, comes into the draw as a result of Mohamed ElShorbagy’s absence.

The World Tour Finals work differently to any other event on the PSA World Tour. The top eight of each gender are split into two groups of four, with a round robin, best-of-three games format used over the first four days of the tournament.

The top two from each group qualify for the best of three semi-finals, with the winners then going on to face off in the title deciders, which will revert to the best-of-five games scoring used at most tournaments on the PSA World Tour.

The tournament will abide by strict protocols with relation to health and safety, international travel policies and social distancing guidelines.