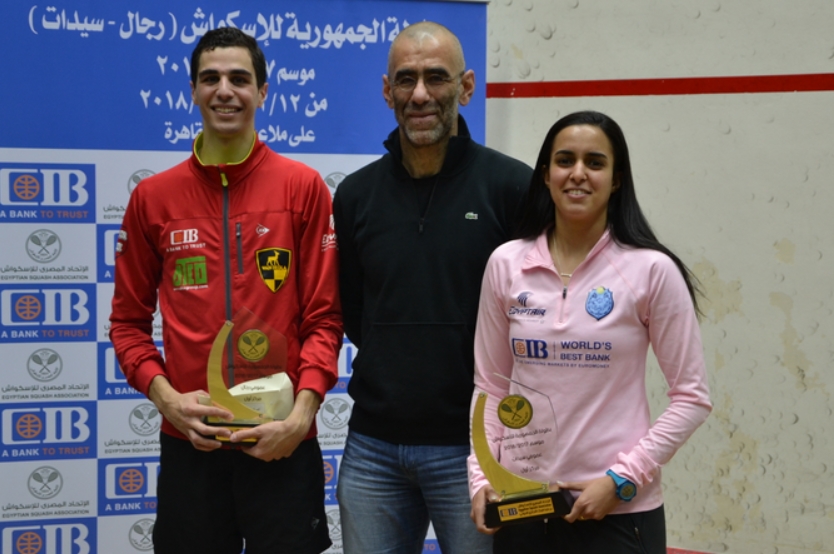 The World No.2 Ali Farag, aka Spiderman, took part in the PSA World Tour Men’s ‘Match of the Season’ when he lost in four rollercoaster games to top-ranked Mohamed ElShorbagy in the final of the St James’s Place Canary Wharf Classic on March 13, which also turned out to be the last match of the men’s campaign before COVID-19 shut the tour town.

His performance strongly indicating he was almost back to his best and ready to mount a strong late season attack on ElShorbagy’s top-dog status after he was hit hard by a family tragedy that forced him to withdraw from the World Championship and subsequently contributed to his toppling from the summit of the PSA Men’s World Rankings.

“The lockdown and suspension of the PSA World Tour has been a tough time for everyone in squash and when I came back after Canary Wharf I took a week off but after that for some reason I just felt optimistic that the season would start again sooner than it has and got back into training really strongly” said Ali.

“I think it had been such a great match with Mohamed in the final in London, that it really motivated me to work that bit harder, I just wanted to get back on the match court as soon as I could, so I was training twice a day, bought a load of gym equipment, did weights and went running.

“But then as the lockdown stretched and things got worse it became obvious that we were not going to be back anytime soon and with the advent of Ramadan I decided to take the last three weeks off and reset myself.

“Now I have settled into a new routine with four fitness sessions spread across the week covering all aspects of fitness and I am comfortable with that.”

“Obviously when you’ve been No.1 and lost the top ranking you want it back again”, admits Ali. I had to miss the world championships and the chance to defend my world title and then lost the world. No.1 ranking with it and it was tough to take.

“But I am happy with how I have responded to that by winning the Windy City Open at Chicago and also in how my form was at Canary Wharf in the final tournament before the suspension of the PSA World Tour.

“I felt I played very well against Mohamed in the final and I was not far away, but the fact that the match was voted the best of the season on the men’s tour underlined for me was that it was probably the best match between the two of us so far and I loved every minute of it.

“I also hope and believe that when we all get back on court there will be plenty more of them to come. For me, the return to the tour can’t come soon enough as I am so hungry to get out there and compete again.”

Farag has also issued a glowing vote of thanks to his coach, former World No.1 Karim Darwish, and fitness trainer Hossam Shaddad, for their work in priming him for his bid to reclaim World No.1 status. 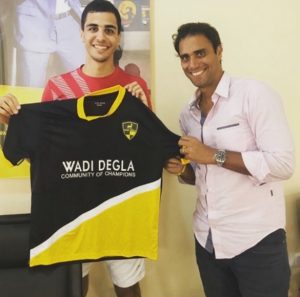 “I started to work with Karim three years back and it has been a great move for me. What I love about Karim is that he doesn’t over complicate things, he does not get too technically intricate and bombard you with information, he keeps things simple and he is also very good on how he gets me to approach my matches with each individual player,” revealed Farag.

He continued: “When I started with him, I was at No.5 and he took me to No.1, and I hope he can take me there again. We have continued to stay in contact regularly on the phone and obviously we will start working together in earnest when we have a date for the tour to return, but it is my hope they will in helping give us maybe up to two months’ notice on that.

“But right now, it is my fitness coach Hossam Shaddad and also Derek Ryan, our PSA physio, who has been working with us, who have been really invaluable to me in helping me tailor my training accordingly and of course my wife Nour, I must not forget her.” 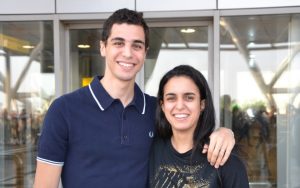 Ali Farag has revealed a classic case of Mr & Mrs is helping him get through the COVID-19 enforced squash lockdown. After Canary Wharf, the ensuing three months have proven a real challenge for Farag to keep his focus positive and his outlook upbeat and he has no doubt in saluting his other half Nour El Tayeb, the women’s World No.5, as his ‘inspiration’ in getting him through the enforced squash deep freeze.

The former U.S. Open champion’s methods in keeping her man motivated have proven both innovative and thought-provoking as she has kept herself in tip-top condition, ready for the game’s resumption, while also proving to be Ali’s ‘Mrs Motivator’. 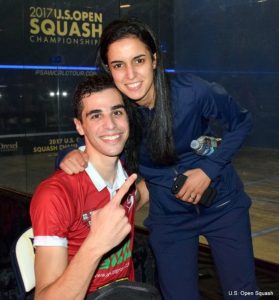 Former World Champion Farag revealed: “Without doubt, Nour has been my inspiration. She has kept me going when I have lost motivation and when I was down and letting things get to me and without her it would have been a nightmare.

He continued: “When the lockdown started, Nour had never liked running but now she is churning out the runs of up to 16km and doing all kinds of personal best, but she also times me, helps me with my strength and conditioning and makes sure there is no slacking on my behalf.

“Nour also had this idea that it would be good if sometimes we even got our rackets out and then that we take a turn holding them and imagining what it will be like to be back on court soon and that has also been a help and sent positive thoughts through my head.

It has made me recall some great memories like winning my first title and when we both won the U.S. Open at the same tournament and all of that has helped me stay in the moment and underline just why I love squash so much.

“But now we will be back on court in Egypt next week and everywhere else also real soon and when we do get back on court at the Wadi Degla Club, I will also have the best hitting partner I could wish for. So, really, we are a bit like a Mr & Mrs in how we do things but there is no doubt about it, Nour is my inspiration and she has kept me going through all of this.

For sure I owe her a nice meal, at the very least for all her help!!” 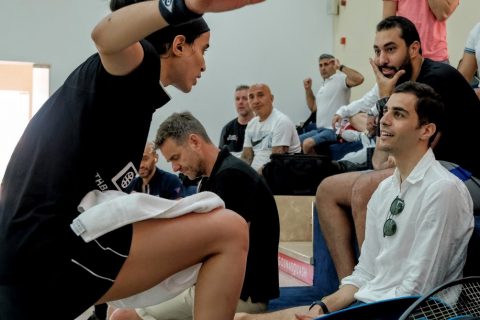 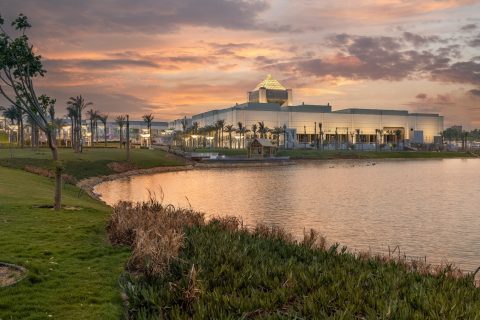 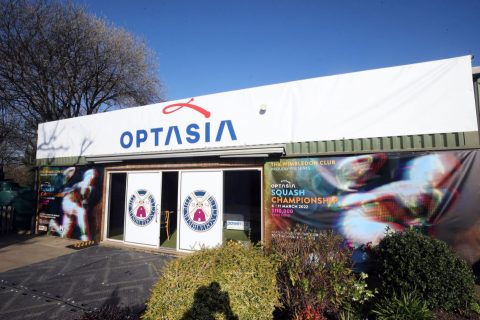