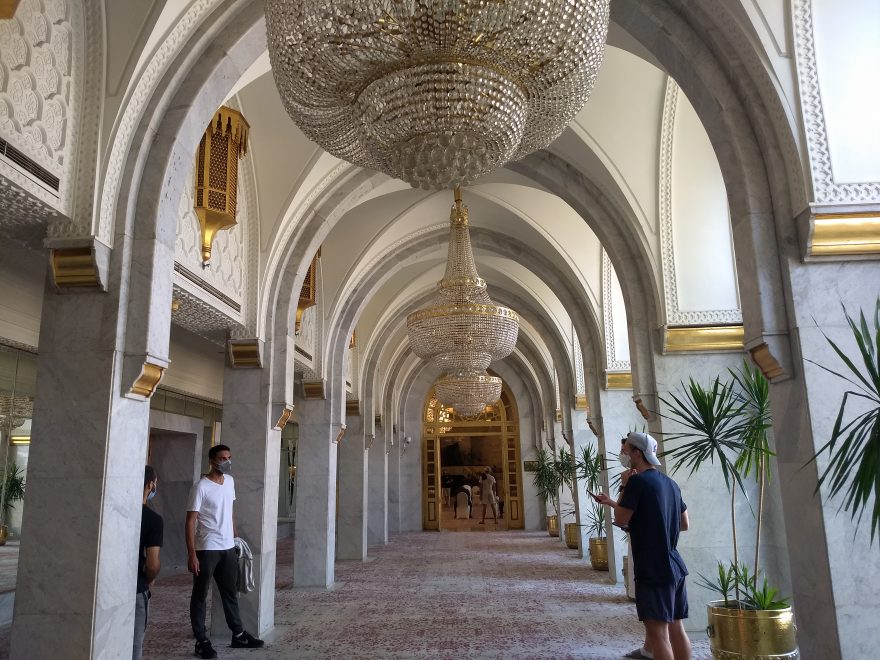 CIB, once again, opens the road and shows the way to the rest of the world.

A couple of years back – you know, BEFORE COVID – CIB created the buzz by allowing the ladies to earn more money for the World Champs than the men.

Well, this year, not only we are back at Al-Ahram in Giza between September 10-17 with 96 of the world’s leading players, but we now can reveal that the “Gladiators” will battle it out for a share of the $590,000 prize fund – which is the highest total player compensation ever at a PSA Platinum event.

Alex Gough, PSA CEO was all praise from CIB support, yet again:

“CIB have been incredible supporters of the sport over a number of years now – in particular during the worst of the COVID-19 pandemic where their support was invaluable – and I’m delighted to see them raise the bar once again to provide record-breaking prize money at a PSA World Tour Platinum level.

“I’d like to thank CIB, Hussein Abaza and Amr Mansi for their continued hard work, and I look forward to watching our athletes compete at one of the most iconic sporting locations in the world once again.”

World Champion CIB Ali Farag and World No.2 Mohamed ElShorbagy  are seeded to meet in the men’s final in the latest battle for the World No.1 spot, which Farag reclaimed on September 1.

Mohamed tops the draw and will take on either Frenchman Baptiste Masotti or wildcard Ibrahim Elkabbani in round two ahead of a potential third round encounter with Scotland’s Greg Lobban. The 30-year-old is then seeded to play fellow Egyptian Mostafa Asal and World No.4 CIB Tarek Momen in the quarter-finals and semi-finals, respectively.

Meanwhile, Ali will open against Frenchman Gregoire Marche in round two before a potential clash against Mohamed ElSherbini in the last 16. Farag is then predicted to play 2019 Egyptian Open winner CIB Karim Abdel Gawad in the quarter-finals before a semi-final fixture against New Zealand’s Paul Coll in a rematch of their Allam British Open final showdown, which Coll won to lift his first major title a fortnight ago.

In the women’s event, World No.1 Nour El Sherbini headlines the draw and is seeded to face World No.2 CIB Nouran Gohar in the title decider, but before that, 25-year-old Nour will take on either fellow Egyptian Menna Hamed or Wales’ Emily Whitlock in round one.

From there, Nour is seeded to play World No.10 CIB Rowan Elaraby, World No.7 Sarah-Jane Perry and World No.4 Camille Serme en route to the final.

Fayrouz Aboelkheir and Malak Khafagy take the wildcard spots in the women’s event and they will face South Africa’s Alexandra Fuller and Donna Lobban, respectively. Yahya Elnawasany takes the other remaining wildcard spot in the men’s draw, and he will play Pakistan’s Tayyab Aslam.