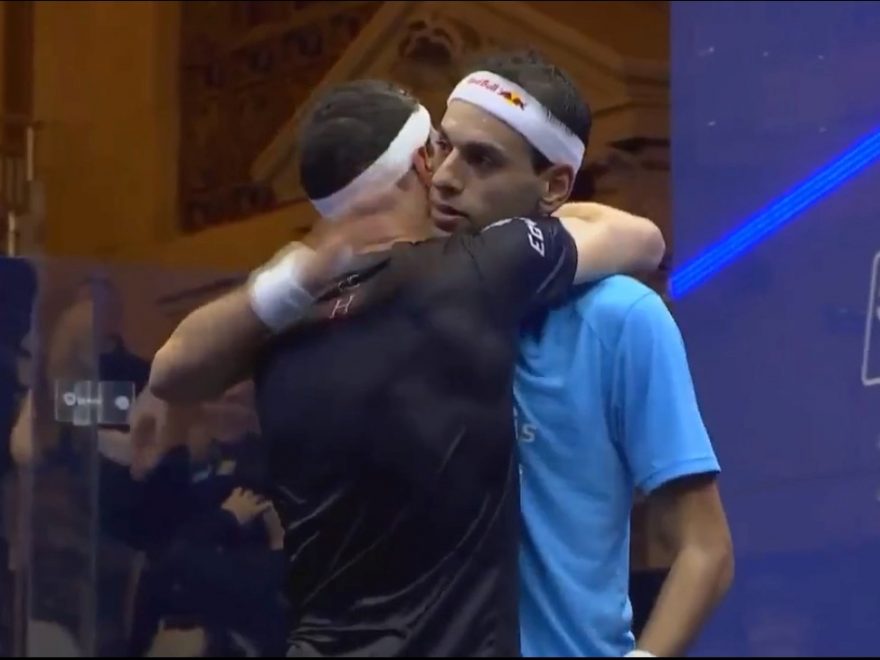 Next week in Chicago, not only is there the PSA World Championships crown up for grabs, but in both the women’s and the men’s rankings, there could be a change at World No.1.

Unlike the women’s rankings, in which there its a decent gap, the top two in the World Rankings, in CIB Ali Farag and Mohamed ElShorbagy, are separated by less than 50 points in the average points ranking.

With that, it means that either one could be at the top of the World Rankings come the start of August, dependant on what happens at the World Championships in Chicago next week.

So, who needs what to secure the World No.1 spot? Currently, Farag has a hold of it, and if he were to claim a second World Championship title in two weeks’ time, it still might not be enough to keep hold of top spot. Here is what both men need to reach, or stay, at the summit.

For Mohamed ElShorbagy to become World No.1

For Ali Farag to remain World No.1

Farag did not play in the PSA Men’s World Championship in November 2019 due to personal reasons, but since then, he has won three major titles, including retaining his Qatar Classic title, which he won in 2020, two years after claiming victory at the last edition of the event.

His other Platinum victories came at the Windy City Open 2020 presented by the Walter Family, and the CIB Egyptian Open 2020. One thing in Farag’s favour this week is that he has won the last two major events in Chicago, in the Windy City Open and the World Championship in 2018-2019.

ElShorbagy, who lifted the World Championship in Manchester in 2017, followed his quarter-final finish at the 2019-2020 edition of the sport’s premiere event with a victory at the J.P. Morgan Tournament of Champions, one of four titles sine the last World Champs.

He also won the St. James’s Place Canary Wharf Classic, the last event before the Tour was suspended due to the COVID-19 pandemic. He then won on the return of the Tour, at the Manchester Open, and has gone on to win the El Gouna International Squash Open, the most recent Platinum level tournament.

In terms of route through the tournament, current World No.1 CIB Ali Farag will begin his campaign against qualifier Faraz Khan, before a meeting with either Malaysia’s Eain Yow Ng or Englishman Adrian Waller.

Colombia’s World No.11 Miguel Rodriguez lies in wait in the third round, before a possible meeting with either compatriot Omar Mosaad, or the other South American powerhouse, in Peru’s Diego Elias, in the quarter-finals.

In-form CIB Marwan ElShorbagy or reigning World Champion CIB Tarek Momen would be the semi-final opponent for Farag, if all goes to seeding.

For ‘the Boss’ Mohamed ElShorbagy, who is in the bottom half of the draw, Hong Kong’s Tsz Fung Yip provides the first test, before a clash with either England’s Patrick Rooney or Mexican No.1 Cesar Salazar in the last 32.

From there, ElShorbagy could face either World No.10 Joel Makin, former World No.1 Gregory Gaultier or Qatari No.1 Abdulla Mohd Al Tamimi in the third round, before a possible clash with either ‘Fearless’ CIB Fares Dessouky, or CIB Mohamed Abouelghar in the quarters.

Either CIB Karim Abdel Gawad or Paul Coll would lie in wait in the semi-finals, before a meeting with Farag in the final, if all goes according to the rankings.