Mostafa Asal has become the third youngest man to reach World No.1 in the history of professional squash after the 21-year-old reached the final of the Houston Open last week.

Asal, who has overtaken Ali Farag to reach World No.1, went on to beat England’s Mohamed ElShorbagy in the Houston title decider last night to win his 11th PSA title and has reached the top of the PSA World Rankings less than five years after making his debut on the tour.

Only the great Pakistani legends, Jahangir Khan (18 years) and Jansher Khan (18 years and six months), have reached the summit of the men’s World Rankings at a younger age than Asal, who has already amassed five major title wins.

CIB Mazen Hesham has risen to No.9, replacing Frenchman Victor Crouin, who drops to No.10, while Crouin’s compatriot Gregoire Marche swaps places with CIB Karim Abdel Gawad, with the former moving back inside the world’s top 15. 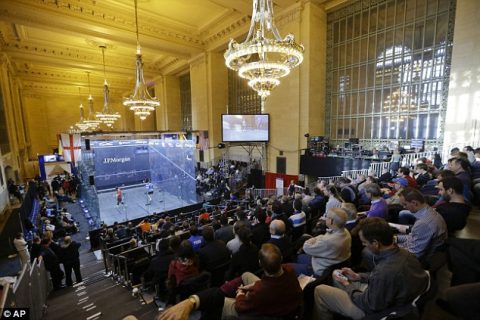